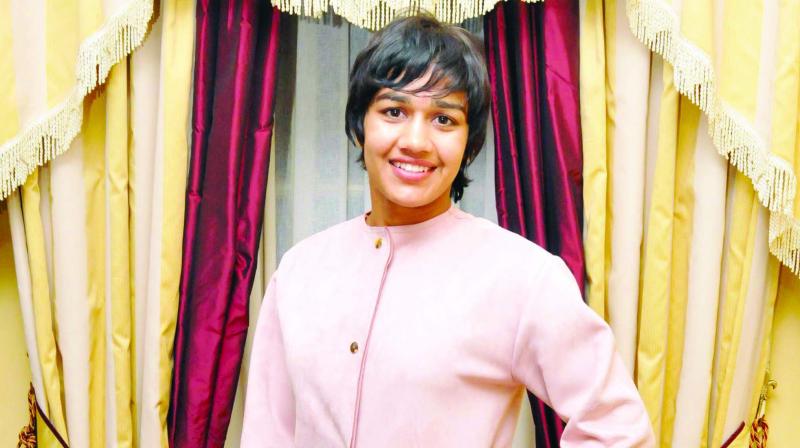 New Delhi: Sports persons hailing from Haryana, who made country proud in international sporting events, are likely to feature in BJP list of candidates in October 21 Assembly polls. Names of wrestlers Babita Phogat and Yogeshwar Dutt along with para-athlete Deepa Malik are doing rounds in BJP circle as probable candidates.

BJP national general secretary and in-charge of party Haryana unit, Dr Anil Jain, told this newspaper that the central election committee will take a final call on the names of party candidates but sportsperson who brought laurels to state (Haryana) and country will be consider to a nomination to contest Assembly polls.

“In last decade maximum medals for the country on any international sporting events were won by athletes from the Haryana. Inspired from Prime Minister Narendra  Modi’s work and policy, several athletes joined BJP to serve the society. Recognising their international feat, the BJP will gave them an opportunity to serve the society by becoming an elected member of Haryana Assembly. The final decision to give ticket will be taken by central election committee by considering winnability factor,” Dr Jain added.

Commonwealth Games gold medallist Phogat and her father Mahavir Phogat had joined BJP in presence of Union minister Kiren Rijiju in August. She also resigned from her post as an inspector in Haryana police on August 13 a day after joining BJP. Amir Khan starrer Dangal was inspired on life on Phogat sister Geeta and Babita and her father.

Earlier this week, Mr Dutt, an Olympic medallist, along with former captain of India Hockey team Sandeep Singh, joined the saffron party. Mr Dutt, gold medallist of Asian and Commonwealth Games, is likely to be fielded from one of 90 Assembly segments in Haryana.

Ms Malik, first Indian woman to win a medal in Paralympic Games, is  also in the race of BJP ticket for Haryana Assembly election.

In last year Commonwealth Games, athletes from Haryana had won one-third of India’s medals with a total of 22 medals.