India   All India  29 Jul 2019  The village postman turns banker for the last Indian
India, All India

The village postman turns banker for the last Indian

The new boys are savvy, attired in modern executive apparel, zipping on mobikes in a professional business-like manner. 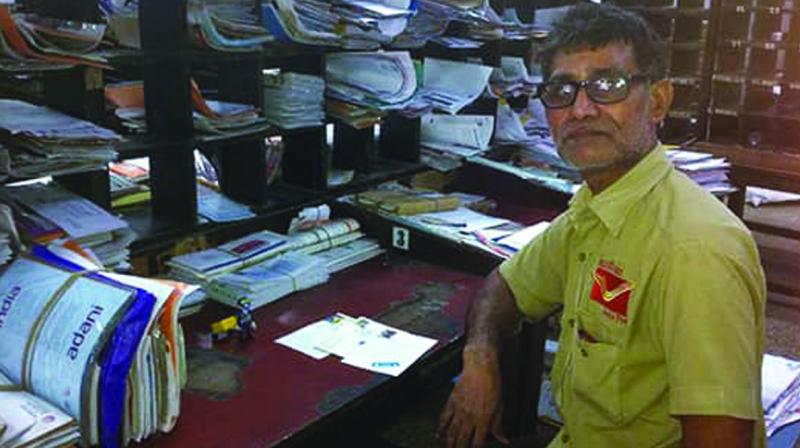 The Rajesh Khanna-Hema Malini starrer film was a flop in the Box Office, but the song, penned by Gulzar and sung by Kishore Kumar remains a strong favourite for that generation.

The lyrics reflect a reality that all elder Indians are familiar with — the ineffectual man in khaki, his pants clipped firmly at the bottom to keep the well starched dress from getting smudged by the greased cycle chain, pedalling his bicycle and putting letters and postcards into eager hands. Normally, the postman had a set pattern for his visits. Come rain or sun, he would trudge on foot with his bag full of letters or cover difficult terrain on his bicycle. There would be ordinary letters, registered letters, money orders and parcels. Once in a while, he carried telegrams, which had good news as well as the bad ones.

India’s 350,000 well-trained postmen have turned bankers, offering doorstep financial services to even the last man standing in the remotest parts of the country. Till recently, the ubiquitous men in brown serving in the country’s 155,000 post offices located in every nook and cranny had been only delivering letters and parcels. But now, they are making banking easy for even ordinary citizens by going round homes carrying a trendy mobile phone and a hand-held biometric scanner to open savings accounts, transfer money, pay utility bills, accept cash deposits, facilitate withdrawals and what have you.

In a village, the postman enjoyed a unique status unrivalled by his urban colleagues. His social perimeter straggled the constellation of villages he covered in his official errands, which could be anywhere between four-five villages depending on the size of each village. No one could dare challenge his credentials about knowing so much of the realities of rural social life. He had access to even the most intimate and private affairs of families. In case the entire household was unlettered, he was the only channel of communication for it with their cousins. He would read aloud the letters to them and would also write out replies on their behalf.

When he brought good news, the recipient would reward him with whatever sweets there were in the house. During festivities, he would be an important guest and be treated to goodies that the family had prepared. And, when he delivered the money orders, he would get some monetary tips. It was not mandatory, but usually the giver gave and the postman did not have the heart to refuse.

All that has changed. The postal departments have revamped their images to get a sleek, new age look. The postman too has got a makeover. Gone are the days when he used to deliver picture postcards, letters to lovers and money orders from newly-employed sons and goodies from doting grandparents. Gone too is the time he was a window to the world, a tenuous link with loved ones, and was almost a family member. Communication is now via e-mail or SMS or mobile phones. People are gradually forgetting the art of letter writing — in another decade, there will not be any letters on display penned by the celebrities of today. The postman now visits houses to drop the official statements of the bank or the insurance company or the telephone or electricity bills or printed pamphlets for promotion of products. In these high-tech times, lovers no longer write letters, instant banking has replaced money orders, grandparents rely on courier companies whose boys zip on sleek mobikes to deliver parcels of love and almost nobo
dy has a pen pal when social networking sites work just as well or even better, for that matter.

When I write this diary, I feel extremely dismayed with the way the Indian village postman has receded into the far horizons of the rural landscape .The traditional postman has been slowly consigned to grandma’s folklores and lullaby tales. But it is an image that just won’t get washed away by the driftwood of history. The image will keep revisiting us. The postman remains a hero for those of my generation .Everyone knows for sure that in the new digital show, kids can’t receive the warmth and intimacy that has gone along with the figure of the traditional postman.

A rural postman was not just a mail carrier; he was the social glue that bonded disparate communities. I remember the times when his sight would flood my mind with the excitement of the possibility of getting the news I had been long awaiting. I remember how eagerly our landlady listened for his knock — how tremulously she asked for whom the letters were directed — and the painfully repressed sigh and darkened countenance with which she turned away when there was none for her.

The new boys are savvy, attired in modern executive apparel, zipping on mobikes in a professional business-like manner. They now offer many new services — filling out traffic challans and submitting them and also carry electronic devices that capture and transmit the signatures of the addressees digitally in case of registered letters or speed posts. In villages, they are data collectors and stock groceries and extend essential healthcare services. But despite all these add-ons the new boys can’t be a substitute for the romantic postman.

In an Indian village, a postman was much more than just a letter deliverer. He was the heart of the local social planet who commiserated with people and shared their common concerns. In return the people also loved him and lavished benedictions and eulogies on him. For me, the postman was more than just a benign messenger who delivered a trove of daily mail .He was a highly resourceful support to the local community. I always felt a strange kinship with him. He relieved us of a number of cumbersome tasks that were made simple by him on account of his knowledge of the local geography and the social arcana. “Those who have known us, continue to respect us. In fact, people trust us more than the courier guys,” he would chuckle. “There has been many a time when I have picked up letters dropped carelessly by the courierwallah and delivered them to the right address.”

In his Malgudi Days, R.K. Narayan immortalised the tiny post office in Malgudi, where Thanappa, the local postman, delivers letters on his bicycle, pedalling across the town. Thanappa is not just the postman of Malgudi — he is one of the most loved characters who is a link for so many families.

A village democracy is a microcosm of national democracy. The villagers themselves are quaint heroes and most bewildering windows with which to view their world. The postman became my lens for gazing the rural horizon. He was an informal rural sociologist and demographer for all visiting government officials. We could clarify from him several complex issues which even a lifetime’s reading of Mead, Metcalfe, Shrinivas, Ghurye, Madan, Mandelbaum, Dumont and Lewis and scores of their celebrated ilk of anthropologists could not enlighten us.

I remember my school lessons where we were told of the time when the mail was delivered by runners who carried a spear with two little bells attached to the shaft near the head. The spear was meant to protect them from robbers and wild animals and the bells just kept up their courage as they jogged along jungle trails.

There is an inscription on the James Farley Post Office in New York City: “Neither snow nor rain nor heat nor gloom of night stays these couriers from the swift completion of their appointed rounds.”

W.H. Auden’s tribute to the postman will continue to resonate for generations to come:

“They continue their dreams,
And shall wake soon and long for letters,
And none will hear the postman’s knock
Without a quickening of the heart,
For who can bear to feel himself forgotten?”