Yediyurappa had taken charge as Chief Minister on Friday, hours after he was sworn in by Governor Vajubhai Vala. 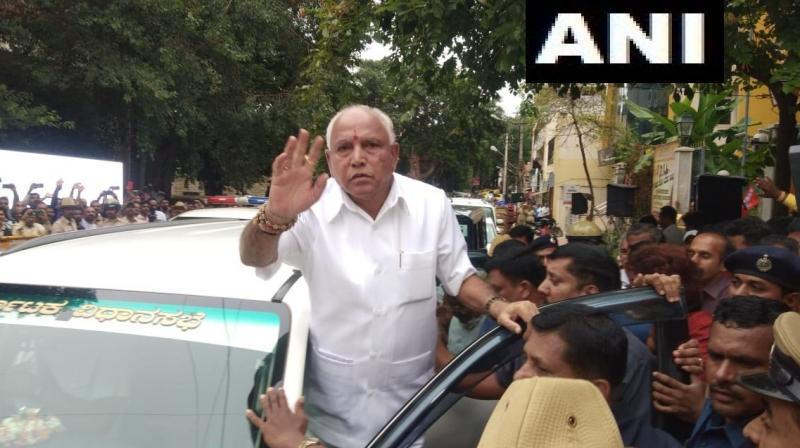 Bengaluru: Karnataka Chief Minister BS Yediyurappa on Sunday had said that he would move the confidence motion in the Vidhana Soudha on Monday. He was briefing media persons after presiding over the BJP’s Legislative Party meeting here.

“Today (Sunday) in our Legislative Party meeting we have discussed in detail about tomorrow’s programme in the Assembly. Tomorrow (Monday) I will move the confidence motion in House. After that I will introduce Finance Bill as well,” he said.

In a bid to keep its flock intact, Karnataka BJP has decided to make its MLAs stay at hotel Chancery Pavilion for the night, just ahead of the vote of confidence in Vidhana Soudha on Monday.

The BJP’s legislative party meeting took place late on Sunday evening at the hotel chaired, which was chaired Chief Minister BS Yediyurappa. After the meeting concluded, the BJP announced its decision to keep its lawmakers at the hotel for the night.

Briefing about the meeting, Ravi Kumar, BJP’s state unit secretary, said: “Apart from our 105 MLAs, we have also the support of one or two independent MLAs. We are confident of proving our majority on the floor of Assembly.”

“The BJP will also request the JD(S) and the Congress to support in getting the Finance Bill passed,” he added.

“Many topics were discussed in the meeting. We have to prove the majority tomorrow. So all MLAs were called in for the meeting,” said Sriramulu, BJP MLA.

The new BJP government is scheduled to face the vote of confidence in the House on Monday, for which the session is being convened. In a significant move, Speaker KR Ramesh Kumar on Sunday disqualified with immediate effect 14 rebel MLAs, days after the Congress-JDS government collapsed after losing the confidence motion. This is in addition to the three dissident MLAs he had disqualified on July 25.

Yediyurappa had taken charge as Chief Minister on Friday, hours after he was sworn in by Governor Vajubhai Vala.

Ahead of the vote of confidence in the Legislative Assembly, Commissioner of Police Alok Kumar on Saturday issued a prohibitory order to impose Section 144 within a two-kilometre radius of the Vidhana Soudha from 6 am on July 29 to midnight of July 30.

Section 144 prohibits an assembly of more than four people in an area.