A video catching the NAC chairman and his followers assaulting the civic body officer mercilessly with batons on Friday went viral. 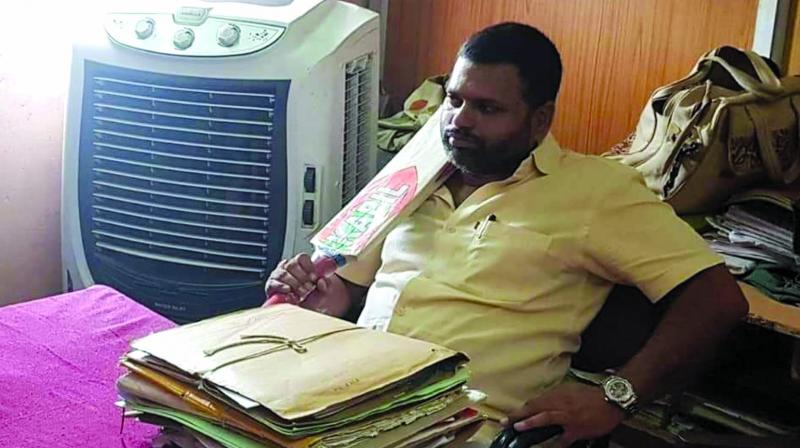 Bhopal: Less than 48 hours after a BJP MLA of Madhya Pradesh bashed a civic body officer with a cricket bat, another elected representative belonging to his party on Friday badly thrashed a local chief municipality officer (CMO) in Satna in the state, leaving him grievously wounded.

Chairman of Ramnagar Notified Area Council (NAC) in Satna district Ram Susheel Patel of the BJP along with his followers chased and then attacked local CMO Debaratan with batons for reportedly leveling corruption charges against him.

A video catching the NAC chairman and his followers assaulting the civic body officer mercilessly with batons on Friday went viral.

Later, the CMO, who sustained bleeding injuries in his head and other parts of his body, was admitted in the local government hospital.

“Both the rival parties lodged complaints aga-inst each other. We are probing the case, ” Satna district SP Riyaz Iqbal said.

The incident comes barely two days after local BJP MLA Akash Vijayvargiya chased and then beat up a civic body officer of Indore Municipal Corporation in Madhya Pradesh on June 26 for initiating the process of demolishing a “dilapidated” building in his locality.

Akash, also the son of BJP general secretary and in-charge of West Bengal Kailash Vijayvar-giya, was arrested and sent to judicial custody.

Meanwhile, hoardings and posters glorifying Akash for his ‘action’ surfaced in Indore city. The hoardings were apparently erected by his followers.

In another incident, a local BJP leader, armed with a cricket bat, barged into the office of local municipality in district headquarters of Damoh in MP and threatened the civic body officers to thrash them if they indulged in corruptions.

President of Damoh district unit of BJP yuva morcha Vivek Agrawal said, he would not hesitate to beat the corrupt officers if they harassed common people.

A video showing him threatening the civic body officers on Friday went viral.