The malaise in India’s NGO sector 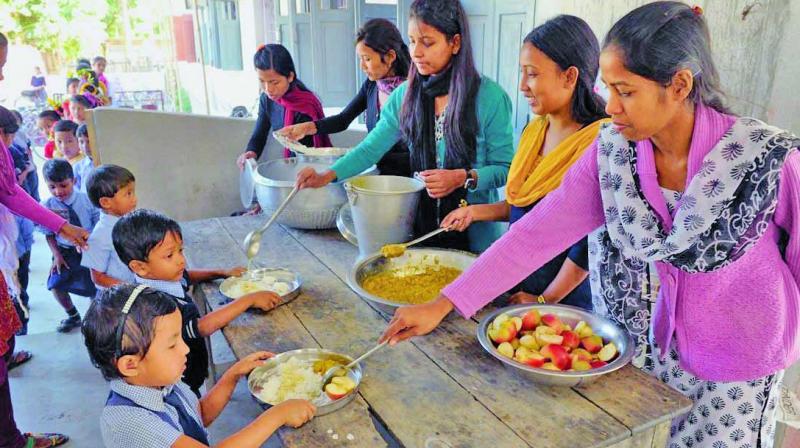 With a mammoth size of the NGO sector, it is impossible for the state to effectively monitor and supervise these.

India is now all set to frame a law to curb the wild growth of NGOs following a series of strict observations of the Supreme Court. The CBI has informed the Supreme Court that it has detected 32.97 lakh registered NGOs and voluntary organisations but less than 10 per cent of them, 3.07 lakh, filed their audited accounts.

By the present reckoning the number of NGOs is more than double the number of schools in the country, 250 times the number of government hospitals, one NGO for 400 people as against one policeman for 709 people.

India has tens of thousands of NGOs, including local arms of global charities and home-grown groups, working on a wide range of issues, including poverty, gender rights, urban safety, human rights, microfinance, environmental protection, healthcare, agriculture and clean energy. They form the bulwark of India’s vibrant civil society, which is crucial to developing an effective interface of the government and the community.

But sadly not all NGOs are necessarily formed for altruistic reasons, and in a number of cases NGOs are promoted because they make good economic logic to the founders.

There is a growing tribe of NGOs which exists, metaphorically or literally, purely in files, websites and documents and all their work is based on fictitious reports intelligently drawn up in their offices. They make huge money and are now euphemistically called briefcase NGOs. They have expertise in drafting proposals and accessing Western donors and most of the funding they receive goes into the pockets of the promoters. Many not-for-profits are known for money laundering, misusing funds and even funding anti-national activities.

This is no surprise. After all the NGO promoters come from the same society that all of us come from and there is no reason to believe that only the most honest will be involved. “NGO” is now a catchall term that covers agendas from mundane to sophisticated causes, like “abolition of child labour”, “promotion of good hygiene and sanitary practices”, “women’s rights”, to international missions like “climate change” and “conflict resolution”. Many briefcase NGOs begin with noble intentions. But international funding agencies often set their own agendas and priorities, causing cash-strapped NGOs to chase funding and align their mission with donor objectives.

As a consequence of chasing funding, organisations shift their focus from their core mission, resulting in what is popularly called in NGO discourse as “mission drift”. It is this phenomenon that has given rise to briefcase NGOs.

The civil society is one of the key pillars of national governance serving as an informal watchdog and a key safeguard for human rights and fundamental freedoms. India has, however, been experiencing an exponential growth of the sector without the commensurate improvement in the quality of their governance. In fact, the past few years have seen degeneration and unethical practices creeping into what was once a noble sector. Most NGOs are painfully mired in corruption and misappropriation of funds.

Most funders are now tending to steer clear of issues and organisations that might be construed as politically sensitive or that risk government censure. They, therefore, find it easier to work in areas such as education, healthcare, financial services and livelihoods, than those that deal with human rights, accountability, or patriarchal and casteist power structures.

The degeneration of NGOs is a recent phenomena and it should not deflect us from the worthwhile contribution it has made, particularly in humanitarian work. Civil society as a whole, and NGOs as a major part of it, has successfully campaigned to make human rights discourse and environmental issues a part of mainstream political agendas. They have also been instrumental on drawing focus on issues such as gender-based and religiously-driven segregation and discrimination, besides creating public awareness on issues pertaining to health, education and sanitation. But most importantly, they have been leading public opinion on the need to hold public representatives and government officials accountable, and on demanding transparency in governance.

With a mammoth size of the NGO sector, it is impossible for the state to effectively monitor and supervise these. The corporatised NGOs are subject to stringent supervision by the RBI, whereas the ordinary NGOs, which account for 90 per cent, operate almost without any supervision. Critics are quick to point out that NGOs don’t practice what they preach, avoid accountability and transparency and are quite averse to any form of regulation which they feel could be intrusive to their autonomy. Financial management and accounting is one area where they will fiercely resist external scrutiny.

The idea that NGOs constitute a middle space between the public sector on the one hand and the private sector on the other is problematic. It was thought that they would be free of the profiteering and corporate methods of the private sector and the corruption of the public one. But in reality, NGOs have both features, a tendency to go after corporate salaries and perks as well as the tendency towards less transparency and accountability than is desirable.

With some large NGOs having become heavily corporatised entities, where staffs earn above market-based salaries and where foreign money flows affluently, it is natural to expect some kind of transparency and accountability. This includes accountability for salaries being paid to the right people and for the right purposes as well as ensuring that foreign funds are spent on the projects they are meant for.

The burgeoning and unregulated NGO sector is certainly not a welcome sign. It signals continuing manifestation of corruption and misuse of scarce and precious grants and donor funds meant for charitable purpose. At a time when the world is desperately starved of funds for relief work in areas where local populations face abysmal conditions of health, sanitation, sanitation, water and in very many cases precarious living conditions verging on hunger we cannot afford such misappropriation of funds.

As with any institutional structure the need for transparency and accountability is crucial. No structure in a democratic polity can be above the law. Full adherence to laws is in fact a sign of the vibrancy of the organisation. Civil society is expected to inspire the confidence of the people because it symbolises their voice and aspirations. There can be no greater damage to democracy than a deterioration in the functioning of a civil society. While civil society spokesmen have been belligerently accusing the government of interference, it is necessary that they look inward and set their house in order. That is the right way for them to regain their lost credibility which they built through sacrifices of so many committed grassroots activists.

The writer is author of Village Diary of a Heretic Banker. He has spent more than three decades in the development sector.