India   All India  28 Mar 2020  Nitish has not one but three crises coming up
India, All India

There's the coronavirus, return of thousands of workers and the early arrival of brain fever 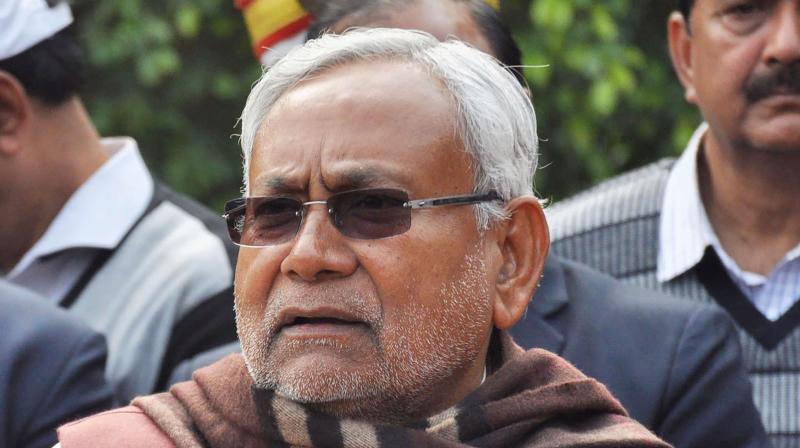 Patna: As the number of coronavirus cases in India accelerates alarmingly, the Bihar government is living in dread at the prospect of a massive migrant population returning home from other states, opening up the possibility of locan spread of the dreaded virus.

As if that were not enough, Bihar’s annual scourge, the Acute Encephalitis Syndrome (AES), also known as brain fever, which killed about 200 children in the state last year, has already raised its head in north Bihar town.

Experts and officials fear that the returning migrants may spur a community spread of the coronavirus. On Saturday, chief minister Nitish Kumar told a TV channel hat “the whole purpose of a complete lockdown would fail if people start returning in buses. In my view, shelter camps should be set up instead of sending them back home in buses.”

His comments came after the UP government announced that it would run more than 1000 special buses for migrants who are stranded near the Delhi border.

Hundreds of migrants, mostly daily-wage workers, have been trying to return home after the Union government announced a 21- day national lockdown to beat back the coronavirus.

So far Bihar has reported nine COVID-19 positive cases and one death. Three persons including a paramedic of a private hospital in Patna and two youths tested positive on Friday. Last week a person from Munger district with a travel history to Qatar died at AIIMS, Patna.

Meanwhile, the pressure is mounting from the opposition with Tejashwi Yadav questioning the preparedness of the state government.

In a tweet, the RJD leader said, “Could you please update Bihar as to what measures have been taken to raise the capacity of hospitals? What’s the status of testing kits, PPE (personal protective equipment), N95 masks for doctors”?

Brain fever, an annual visitation upon Bihar, has already arrived this year, with the Sri Krishna Medical College and Hospital (SKMCH), which bore the brunt of last year’s outbreak, admitting its first AES patient this year, PTI reported.

The chief minister convened a high-level meeting in Patna to take stock of the coronavirus situation, and stressed the need for preparedness for AES as well. He instructed officials to complete the expansion of capacity of the paediatric ICU at SKMCH to 100 beds, an order he gave last year.