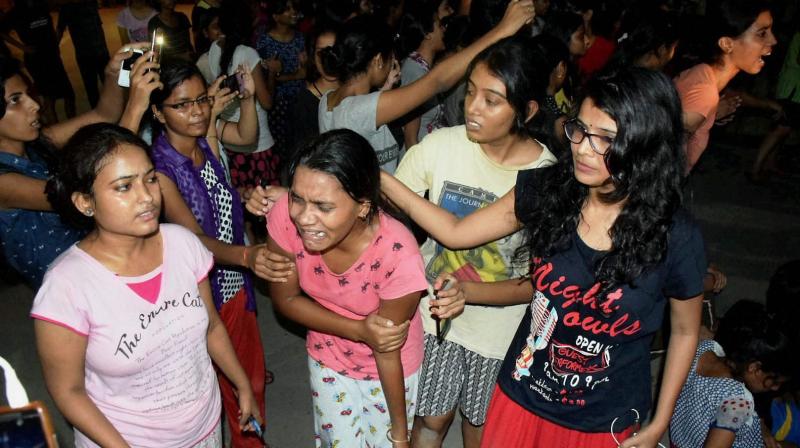 A number of students were hurt when clashes broke out between the police and students of the BHU after the students started protesting against alleged molestation of a girl. (Photo: File | PTI)

Varanasi: In the wake of the violent protests that erupted at the Banaras Hindu University (BHU), the chief proctor, Professor O N Singh, "taking a moral responsibility" of the recent incidents of molestation and violence inside the premises of the university, submitted his resignation late on Tuesday night.

Dr Mahendra Kumar Singh was appointed as BHU Chief Proctor after ON Singh resigned from the post.

It is to be noted that O N Singh was considered to be one of the aides of the Vice Chancellor.

A number of students were hurt when clashes broke out between the police and students of the BHU after the students started protesting against alleged molestation of a girl.

Read: Cannot assign a guard to every student: BHU VC on girls' safety on campus

Earlier on Tuesday, the National Human Rights Commission (NHRC) issued a notice to the Chief Secretary, the Director General of Police (DG) Uttar Pradesh and the BHU Vice-Chancellor seeking a detailed report on the matter and submit his response within four weeks.

The NHRC, in its statement, said, "Suo motu cognisance taken in the subsequent use of unwarranted manhandling and thrashing of agitating students, mostly women, by UP police."

The development came a day after Uttar Pradesh Cabinet Minister Shrikant Sharma asserted that a judicial inquiry has been initiated to probe in the BHU violence case.