According to authorities, the incident occurred at around 5:35 am. 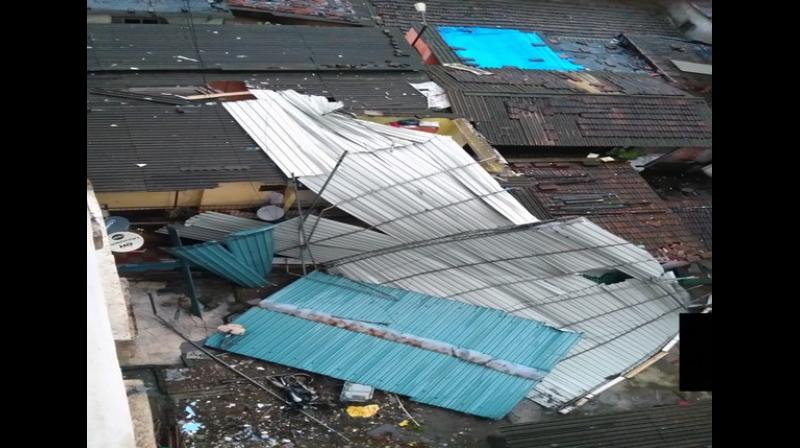 RDMC along with a fire brigade, one emergency tender and one rescue vehicle has reached the spot. (Photo: ANI)

Thane: Two people got injured here on Saturday morning after the metal shed of Sai Vandana building collapsed and fell on Banarashi Chawl near Amar Jyoti society, triggered by the heavy rains.

The injured people have been identified as Maruti Lomate (44) and Prajkta Lomate (18), who have suffered a minor head injury.

Prajakta has been shifted to the nearby hospital.

Regional Disaster Management Committee (RDMC) along with a fire brigade, one emergency tender and one rescue vehicle has reached the spot.

According to RDMC- Thane Municipal Corporation (TMC), the incident occurred at around 5:35 am on Saturday.

As informed by the corporation authorities, major damage has been caused to the roof of four rooms in Banarashi Chawl.