The accused have charged under Prevention of Cruelty to Animals Act 1960. 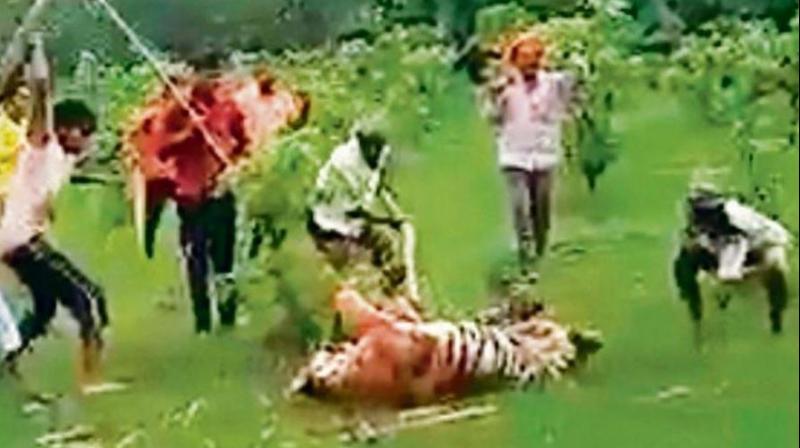 The foresters have lodged an FIR against 31 named and 12 unidentified people. (Photo: Screengrab)

Lucknow: An adult tigress succumbed to injuries after she was brutally attacked by a group of villagers in Pilibhit Tiger Reserve in Uttar Pradesh in the wee hours on Thursday.

The foresters have lodged an FIR against 31 named and 12 unidentified people. The accused have charged under Prevention of Cruelty to Animals Act 1960.

Confirming the incident, field director of Pilibhit Tiger Reserve (PTR) Raja Mohan said, “The tigress was five years old. The villagers attacked her near Deuria. Her carcass was recovered on Thursday morning. She had sustained fractures and injuries from sharp-edged weapons like spears on almost every part of her body. She also had broken ribs."

According the officer, the tigress allegedly attacked a villager in Mataina village near compartment number 12 of PTR after she was surrounded and attacked brutally by villagers. A team of forest officials reached the spot almost three hours after the attack. By that time, the tigress has limped back inside the forest. The foresters tried to track her to provide medical assistance but failed.

The extent of the injuries the tigress suffered was revealed later in the post mortem examination report.