It is the local commanders who will meet and decide stepwise disengagement at various locations. 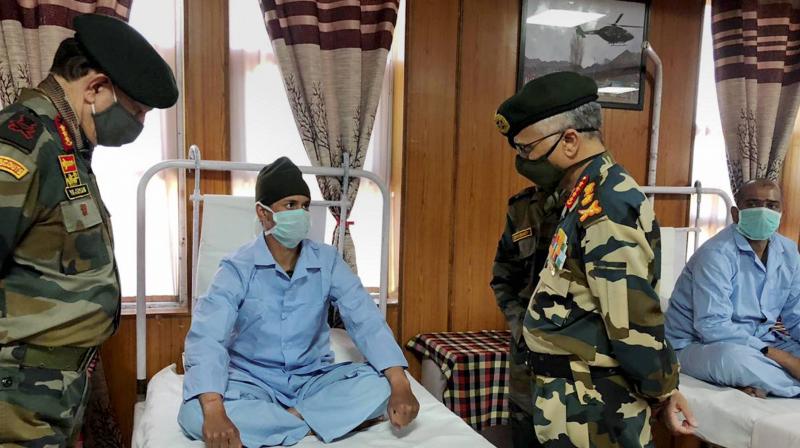 New Delhi: Indian army is not expecting disengagement with the Chinese army to start any time soon in Ladakh sector. “Disengagement will take time,” said sources on Thursday.

Since the Corps Commander meeting between the two armies on Monday, there has been no major general or commanding officer level talks. It is the local commanders who will meet and decide stepwise disengagement at various locations. Currently, there is a high level of distrust of the Chinese army in the Indian security establishment.

Army chief General MM Naravane, who has returned after his two-day visit to Ladakh sector, is expected to brief the political leadership about Indian Army’s operational preparedness to deal with any misadventure by the China. He will also give an assessment of the situation in the Ladakh and options available with India.

India and China had on Monday reached a “consensus to disengage” from “all friction areas” in Eastern Ladakh during the Corps Commander meeting between the two armies.

Even as the Chinese army has been talking of peace, it has been building up its troops at various points on the border. It has even build up its troops in new areas like Depsang and Daulat Beg Oldie sector to put pressure on the Indian Army.

However, Indian Army has done counter deployment in the sector. In Galwan valley, Chinese army is still present in large numbers at a short distance from patrolling point 14, the site of June 15 bloody clash between Indian and Chinese soldiers. However, in Galwan valley Indian soldiers have started dominating the peaks which will help them to counter any Chinese move in the area. The Chinese have continued with their build up in Hot Springs and Gogra post.

In northern banks of Pangong Tso, which is the main issue of contention between the two sides, Chinese soldiers are reportedly continuing with their activities and trying to build structures in new positions. There is a large build-up of Chinese soldiers around finger 4, where they have constructed structures and bunkers to prevent Indian soldiers from patrolling finger 4 to 8. Indians, who have their base around finger 3 used to patrol till the finger 8 area.