Farmer mentioned that nobody is responsible for his death but the government should take this as a warning. 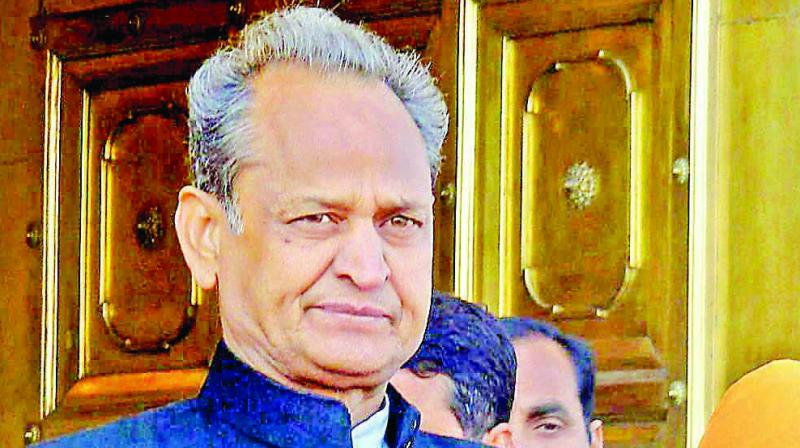 District Superintendent of Police Hemant Sharma said that Kadela owed Rs 2.5 lakh to banks and the police is investigating to ascertain the causes behind his suicide. (Photo: File)

Sri Ganganagar: An indebted farmer from Sri Ganganagar in Rajasthan committed suicide on Sunday by consuming poison and left behind a video alleging that the state government’s farm loan waiver scheme has not helped farmers, The Indian Express reported.

Sohan Lal Kadela, in his mid-40s, could be heard saying that CM Ashok Gehlot’s government gave compensation to farmers but that has not helped farmers and banks continue to trouble them.

He mentioned that nobody is responsible for his death but the government should take this as a warning. He asked the villager to take care of his family.

District Superintendent of Police Hemant Sharma said that Kadela owed Rs 2.5 lakh to banks and the police are investigating to ascertain the causes behind his suicide.

“Prima facie, it seems he had a mixed source of income and was not entirely dependent on farming. The SHO is conducting the investigation under the supervision of senior officers,” The Indian Express quoted him.

Deputy Chief Minister Sachin Pilot called the incident as unfortunate and reiterated that his government is fully committed for the benefit of farmers.

“The matter is under investigation. Whenever and wherever a person dies or commits suicide, it’s absolutely unacceptable to us.I have been told that the person was not actually in debt, in terms of loans, but whatever may be the matter, someone has died, it is a very sad incident,” Pilot said.

Local police have said that Kadela owned some land and a grocery store. We are investigating the case. Kadela is survived by a daughter and a son.

One of his neighbours has provided the police with a suicide note. The police are verifying the authenticity of the note. The note reads, “Gehlot, Sachin Pilot are responsible for this death. Do not pick up my dead body until the debts of all brothers are cleared. File a case against Ashok Gehlot for my death. This is my request.”

The two-page handwritten note is being investigated by the Forensic Science Laboratory. Lok Sabha speaker Om Birla was apprised of Kadela’s suicide by local MP Nihal Chand. According to Meghwal, Kadela owned six bighas of land and had owed “lakhs to banks via two bank accounts”.