Swamy said that there were lot of apprehensions created by some people that once Article 370 if abrogated there would be lot of reaction from Pak. 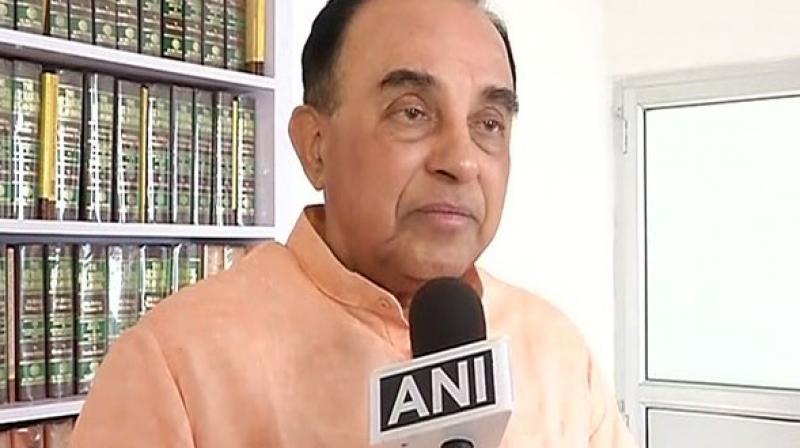 Chandigarh: Rajya Sabha MP and BJP ideologue Subramanian Swamy on Saturday said that Kartarpur Corridor between India and Pakistan should not open for the time being, and India should not have any talks with Pakistan till situation is not normal.

Rajya Sabha MP who was in Chandigarh to participate in a discussion on Kashmir issue, said that he does not know what the government’s stand is going to be on the Kartarpur issue but his advice to the government is that Kartarpur Corridor work should be stopped for the time being.

Mr Swamy said, “My personal opinion is that the work on Kartarpur Corridor should be stopped as Pakistan cannot be trusted.”

He said that there were lot of apprehensions created by some people that once Article 370 if abrogated there would be lot of reaction from Pakistan.

“Things are becoming normal in Kashmir as landlines are restored and educational institutes are opened,” he said.

He further said that now there is a need to spread awareness among people that Pakistan occupied Kashmir (PoK) is also a part of Kashmir and an integral part of the India.

He said that time has come to make PoK independent and merge with Indian Kashmir.

Speaking to reporters about the state of Indian economy Mr Swamy said, “The main thing is that the income tax should be abolished. The rate on fixed deposits should be increased to nine per cent and the rate of interest on borrowings should be brought down to nine per cent as well. If these three steps are taken, things will improve.

Mr Swamy said he is coming up next month with a book, suggesting steps to spur economic growth. Swamy made the remarks when asked if the steps taken by FM Nirmala Sitharaman would revive the growth.

Blaming previous governments for lingering Kashmir issue for such a long period, Mr Swamy asked the Union government to withdraw former Prime Minister Jawaharlal Nehru’s petition that sought UN intervention in Kashmir. Terming it “illegal” he said that present government must withdraw the petition seeking UN intervention Kashmir  as it was filed without cabinet approval.

Talking about China Swamy said that India should neither underestimate and nor overestimate the Chinese and should only be realist in dealing with China. He said that we can have understanding with China on border issues like Burma had with China in recent past turning MacMohan line into the border.