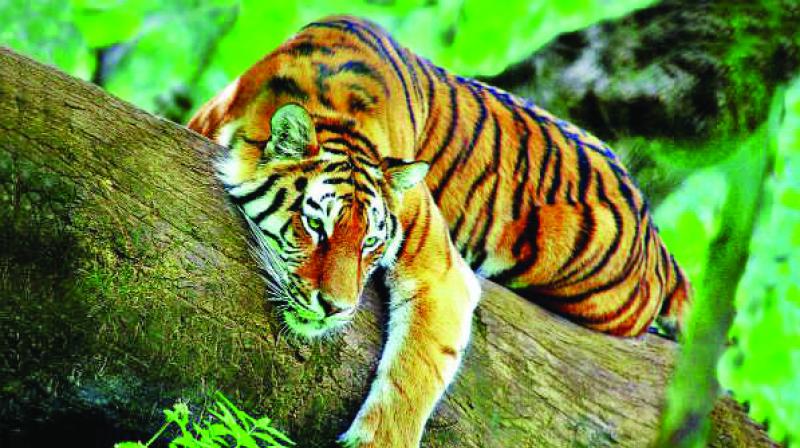 Bhopal: A 10-year-old girl was mauled to death by a tiger when she was grazing cattle in the buffer zone of Ratapani wildlife sanctuary in Hosangabad district in Madhya Pradesh, officials said on Monday.

The feline pounced on her and dragged her in the forest for nearly 100 feet even as her two siblings tried to rescue her by pelting stones on the carnivore, a local forest officer said. The incident took place near Khamabad village in Ratapani sanctuary on Sunday.

Although, the wildlife sanctuary was yet to be declared a tiger reserve, around a dozen big cats have so far been sighted in the reserve forest, official sources said.

According to the local divisional forest officer (DFO) M.Bhadoria, the tiger preyed on the girl, a Class 5 student, when she was grazing cattle along with her young brother and sister inside the buffer zone of the sanctuary. “Her brother and sister, both younger to her, chased the tiger when she was being dragged in the forest by the big cat,” the forest officer said. Later, the two siblings carried their sister’s body to their village.

“We have launched an operation to find the tiger in the forest”, a forest officer said.