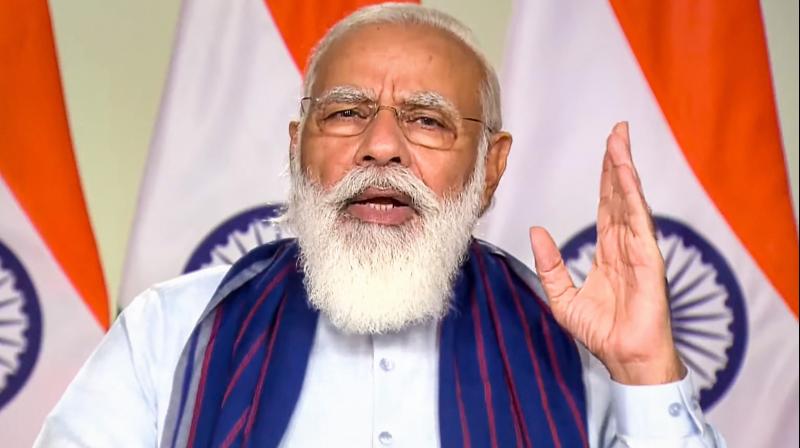 New Delhi: Asserting that the 2014-29 period between the 16th to 18th Lok Sabha is “very important” for a young democracy like India, Prime Minister Narendra Modi on Monday said the last six years have been “historic” for the country's development and a lot remains to be done in the remaining period.

As the age of 16, 17 and 18 years is very important for the youth, so is the time between the 16th and the 18th Lok Sabha for a young nation like India, he said while digitally inaugurating 76 multi-storeyed flats in the national capital for Members of Parliament.

The 16th Lok Sabha (2014-19) has been historic for the country’s progress, and the 17th Lok Sabha has already become a part of history due to a number of decisions it has taken, he said, referring to the passage of landmark legislations aimed at reforming farm and labour sectors besides abrogation of Article 370 and the citizenship law.

“I am confident the next Lok Sabha (2024-29) will also play a very important role in taking the country ahead in this new decade... There is so much for the country that we have to achieve. Be it 'Aatmanirbhar Bharat' campaign, or economic targets or many other pledges like these, we have to achieve them during this period,” he said to an audience of parliamentarians, including ministers and Lok Sabha Speaker Om Birla.