Two deep cut marks were found on his neck and the stabbing was centred between jaws and chest. 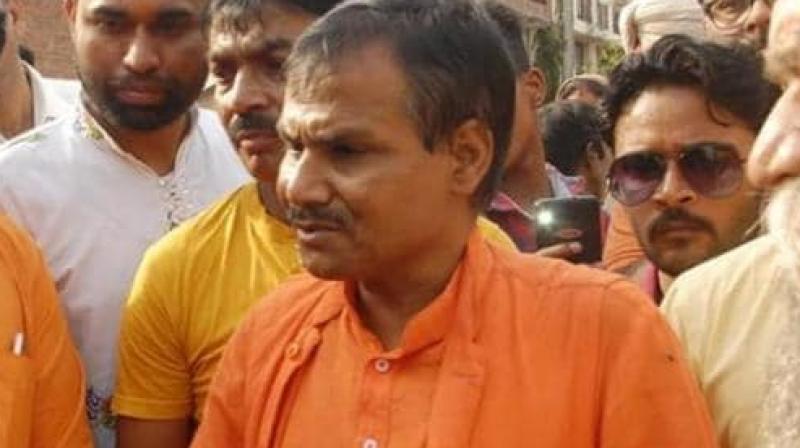 A bullet was found on the backside of Tiwari's skull while the postmortem was being conducted. (Photo: Social Media)

Lucknow: Hindu Samaj Party leader Kamlesh Tiwari was stabbed 15 times and shot once in his head, according to the postmortem report.

Two deep cut marks were found on his neck and the stabbing was centred between jaws and chest. The wounds were inflicted within 10 centimetres of one another, the report said.

A bullet was found on the backside of Tiwari's skull while the postmortem was being conducted.

On October 18, Tiwari was murdered in Naka area of Lucknow. He later succumbed to his injuries.

The accused had absconded after the gruesome murder of Tiwari.

Meanwhile, two persons were taken into custody yesterday by the Uttar Pradesh Special Task Force, over suspicion of having provided aid to the main accused Ashfaq and Moinuddin Pathan. Interrogation is underway.