When you accept Babar was an aggressor, the Babri case itself becomes obsolete, sena said 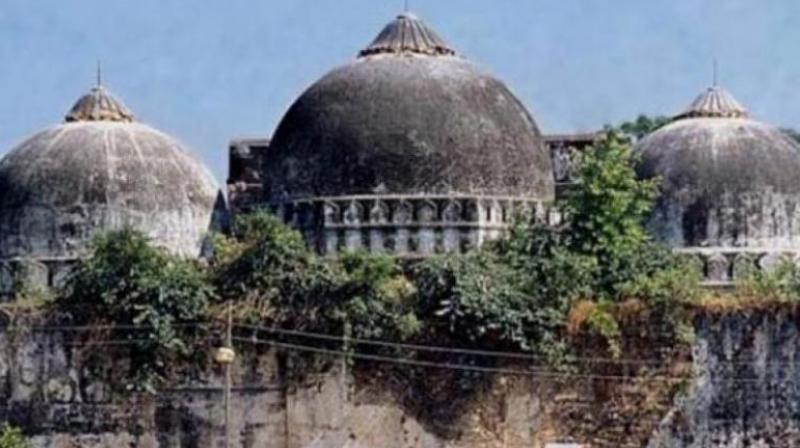 As the date for the bhoomi pujan ceremony for the proposed Ram Mandir at Ayodhya approaches nearer, the Shiv Sena has demanded dismissal of the Babri Masjid demolition case before the event takes off. It would be a true homage to ‘martyrs’ of the Ram Janmabhoomi movement, the party has said.

“It’s an irony that while the foundation for the Ram Mandir is being laid, the Babri Masjid demolition case is still going on against several people including Lal Krishna Advani and Murli Manohar Joshi. Even after the Supreme Court has delivered the verdict on Ram Janmabhoomi, the CBI continues with the Babri case and Advani, who was the prime leader of Ayodhya movement, appears in it as an accused,” the Shiv Sena said in an editorial in party mouthpiece ‘Saamana’ on Wednesday.

When you accept Babar was an aggressor, the Babri case itself becomes obsolete. If the Babri mosque demolition case is dismissed before the bhoomi pujan of the Ram Mandir, it would be a homage to the martyrs of the Ram Janmabhoomi movement, the Sena said.

The Uddhav Thackeray-led party claimed that the Mughal emperor Babar was connected with Ayodhya only through invasion. “Babar, who came from Uzbekistan, demolished several Hindu temples. He did not even spare Ram Janmabhoomi. The Babri encroachment was demolished by lakhs of Karsevaks, who were from Shiv Sena and others,” it added.

Had the domes of Babri not been razed, the Ram Janmabhoomi premises would have never been liberated. The day Babri Masjid was pulled down, the world saw that faces of many warriors turned black with fear. “We haven't done this, this is the job of Shiv Sena,” the then BJP vice president Sundar Singh Bhandari had said. On this, Balasaheb Thackeray thundered in Mumbai that if his Sainiks had indeed done it, he was proud of them.” Since then, he was adored by people as ‘Hinduhridaysamrat,’ said the Sena.

The Babri Masjid in Ayodhya was demolished on December 6, 1992 by Karsevaks. A special CBI court has charged BJP leaders Mr Advani and Mr Joshi, who were leading the Ram Mandir movement at that time, with criminal conspiracy in the Babri Masjid demolition case. It has set July 24 for recording the statement of Mr Advani in the case through video conferencing.