The only sona in Sonbhadra is in the name 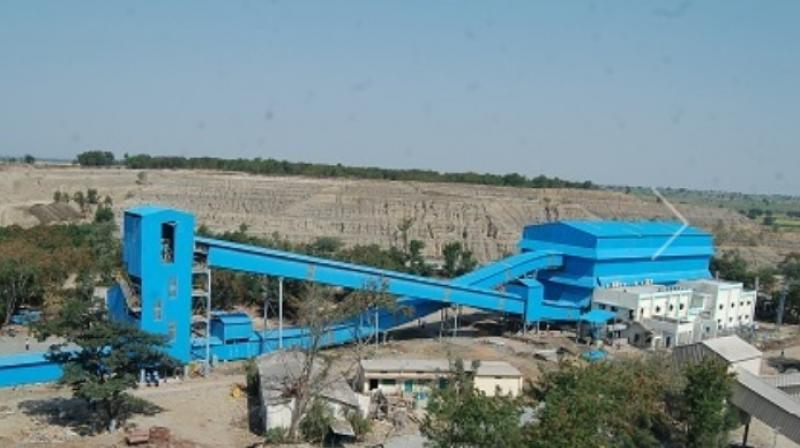 Hutti Gold Mines is the only company producing gold in India.

Kolkata/Sonbhadra (UP): The Geological Survey of India (GSI) has dismissed as fanciful claims by local officials that there are 3000 tonnes of gold deposits in Sonbhadra district in Uttar Pradesh. It said the estimated reserve would be no more than 160 kg.

The claim of huge deposits of gold was made two days ago by the district mining officer of Sonbhadra, K K Rai. He said the gold seam runs through Son Pahadi and Hardi areas of the district. He estimated the deposits in Son Pahadi at around 2,943.26 tonnes, while the estimate for Hardi block was more modest, 646.16 kg.

However, GSI director-general M Sridhar told PTI in Kolkata last night that "The mineralised zone having an average grade of 3.03 gm of gold per tonne of ore is tentative in nature. The total gold that can be extracted from a total of 52,806.25 tonnes of ore is approximately 160 kg, not 3,350 tonnes as mentioned in the media."

The northern region division of GSI carried out a survey of the Sonbhadra area back in 1998-99 and 1999-2000. The report was shared with the UP director-general of mining. There was no indication from that survey that huge deposits of gold are available in the region.

That survey estimated about 52,806.25 tonnes of ore in that area. A mere 3.03 gm of actual gold would be extractable per tonne of ore.

Gold usually occurs in native form alloyed with other metals like silver or mercury in alluvial soils such as riverbeds and floodplains. It also exists in oxidized form in ores such as quartzite, calaverite and sylvanite.

Of the world’s known mineral reserves of gold ore, 50 percent are found in South Africa, and most of the rest is divided among Russia, Canada, Australia, Brazil, and the US.

India has only three producing gold mines at Hutti, Uti and Hirabuddini. The famous Kolar gold fields were mined since the Indus Valley civilization and sporadicaly right until their closure due to nonviability in 2001.

The Hutti gold mines too are in Karnataka and are owned by the state government. The Hutti Gold Mines are the only company in India that mines and processes gold ore. Hutti barely produces 2.65 gm of gold per metric ton of ore.