India   All India  23 Feb 2020  NIA to probe discovery of Pakistan-made bullets in Kerala
India, All India

The live bulletts were abandoned by the roadside 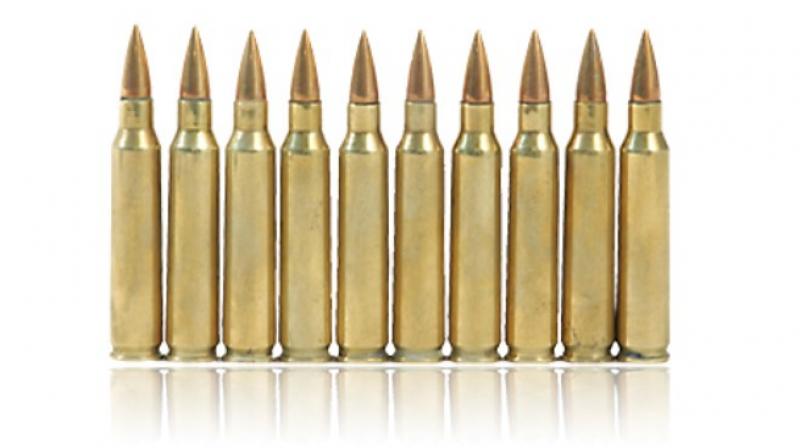 Kochi: The Kerala police are spooked by the chance discovery of 14 Pakistan-made cartridges thrown by the wayside in Kollam district yesterday.

Two civilians found the live bullets, bearing the marking ‘POF’, in a plastic bag near the Muppathadi Bridge in a forest area in Kulathupuzha, which is about 60 km from the state’s border withTamil Nadu.

The police say POF is the signature of the Pakistan Ordnance Factories.

Kerala police chief Lokanath Behera said the find has been handed over to the National Investigation Agency (NIA), whose sleuths will now scour the entire area around the bridge.

Military Intelligence officials too have reached Kerala to participate in the investigation.

Kerala’s anti-terrorist squad has already launched an investigation into the matter. The forensic and armoury wings of the police have confirmed that the bullets are of foreign make.

The cartridges are suspected to have been manufactured by the Pakistan Ordnance Factory (POF) during 1981-82. The 7.62 mm caliber bullets are used in long-range rifles.