Trump and First Lady Melania are scheduled to travel to Ahmedabad, Agra and New Delhi on February 24 and 25. 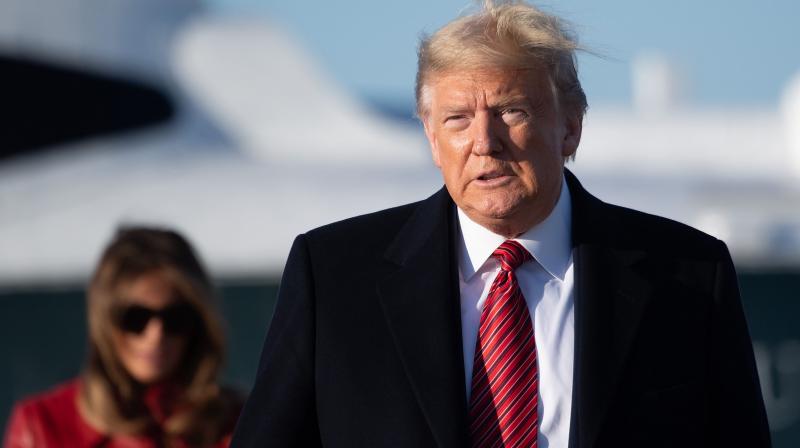 Srinagar: The US President Donald Trump’s upcoming visit of India has caused fear psychosis and panic among the Sikhs of Kashmir Valley as they are reminded of the ‘horror’ of the night of March 19, 2000 when as many as 35 members of the minority community were massacred by gunmen in Chattisinghpora village of southern Anantnag district during then President Bill Clinton’s official visit of the country.

Stating this, Jagmohan Singh Raina, chairman of All Parties Sikh Coordination Committee (APSCC), an amalgam of J&K’s Sikh organizations, said that the Sikhs of the Valley have to face such fearful situation whenever a high profile foreign personality, especially, that from USA visits India.

“The whole India seems to be busy in making preparations for Mr Trump’s visit, but for Sikhs of Kashmir, the visit has brought in fears that the members of community are yet again on the radar. The Sikhs are feeling insecure and they fear that something untoward might happen on the eve of Donald Trump’s visit,” Mr. Raina said in a statement here on Saturday.

In 2000, on the intervening night of March 19 and 20, when the then US President Mr. Clinton was in India, 35 Sikhs were shot dead by gunmen in Army uniforms after descending to Chattisinghpora. A local woman had also died of cardiac arrest on seeing piles of bullet-riddled corpses of the victims, raising the toll to 36.

The authorities had blamed the gory incident on separatist militants. Five days after the massacre, Army and J&K police had claimed that five perpetrators were killed in an encounter in Anantnag’s Pathribal area and all of them were foreign terrorists. But later, it turned out to be a fake encounter and all the five slain men were unarmed civilians, who were picked up by the forces from different areas of the district earlier. Subsequently, at least, ten persons were also killed after security forces opened fire on the people protesting against the fake encounter in Anantnag’s Brakapora area.

The CBI had in 2006 chargesheeted Brigadier Ajay Saxena, Lt. Col. Brajendra Pratap Singh, Major Sourabh Sharma, Major Amit Saxena and Subedar Idrees Khan for killing five civilians. However, in January 2014, the Army closed the Pathribal fake encounter case, asserting that the evidence recorded couldn’t establish a prime-facie case against any of the accused.

The Army had taken up the case from the civil court in 2012 following the directions of the Supreme Court before which it has earlier challenged the chargesheet filed by the CBI, which had described the incident as staged encounter and the killing of the civilian as a cold-blooded murder.

Even after the lapse of nearly two decades the people of J&K particularly the Sikhs of the Valley are still waiting for the justice to be delivered. Mr. Raina said that the scars inflicted on the Sikhs of the Valley during Mr. Clinton’s visit “are yet to be removed even after 20 years as the people who carried out the crime are yet to be identified”.

He said, “It is highly unfortunate that neither the Government of India nor the successive J&K governments have reached to any conclusion with respect to identifying the killers of Sikhs at Chattisinghpora. The people at helm have just been making claims and truth of the matter is killers continue to roam free,” he added.

He said the Sikhs of the Valley were gripped by panic also during the India visit of (former) President Barrack Obama “but, fortunately, nothing untoward happened”. He, however, asked the Sikh living in village of north and south Kashmir “to remain alert and vigilant” during the Trump visit.

Mr. Trump and First Lady Melania are scheduled to travel to Ahmedabad, Agra and New Delhi on February 24 and 25.