Indian universities can play a global catalytic role for promoting a sustainable future. 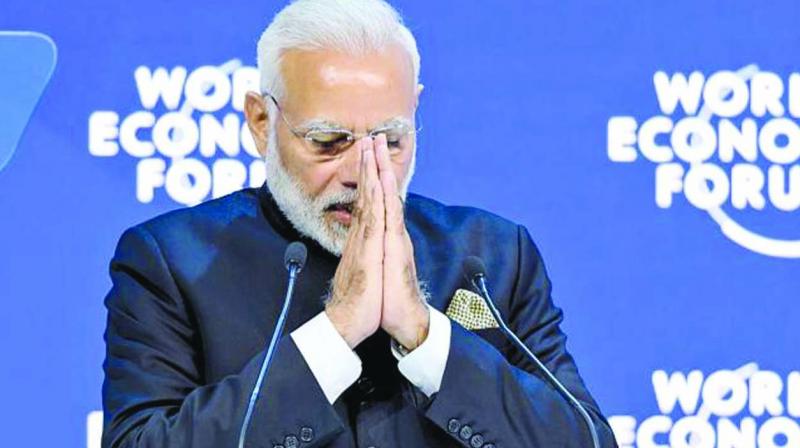 The theme of the ongoing World Economic Forum 2020 at Davos is “Stakeholders for a Cohesive and Sustainable World”. The forum theme aptly resonates with the many challenges that are confronting humanity and leaders from around the world who have gathered in Davos to debate and discuss issues relating to sustainability. However, it will be a mistake to assume that these challenges can be addressed by governments, businesses and industry on their own. Indian universities need to focus on building leadership and imagination with a stronger focus on a sustainable future.

Indian universities can play a global catalytic role for promoting a sustainable future given the significant demographic situation that prevails in India. This is further accentuated by the fact that more than 850 million in India are less than 35 years of age and India’s life expectancy has increased to 71 years. When most parts of the Western world will become older and some parts of the Eastern world also becoming older, India will be younger and for a longer time.

Universities need to develop new imaginations to chart their role in society keeping in mind the extraordinary power and responsibility that they hold for shaping the future. These include recognising the role of universities to speak truth to power through intellectual rigour, providing representative access, particularly to marginalised groups of citizens; balancing such access with the provision of university environments that are of global standards; helping students bridge gaps in communication and thinking skills that can meet the requirements of globalised careers and roles; and perhaps most importantly, institutionalising efforts to identify and correct social and economic disparities.

At the Caspian Week — WEF sessions at Davos, the two key panels: “Education & Leadership for a Sustainable World” focussed on educational leadership, sustainability, inclusive development, institutional cultural change and pedagogies of sustainability. The second panel was on “The Role of Global Universities in Promoting Sustainable Futures”, where the discussion focussed on challenges that universities are confronted with today and that global universities can play a specific role in advancing the cause of sustainable development.

Global universities have five major responsibilities: Firstly, to recognise the significant challenges that the world is facing with regard to the sustainability of humanity, then to take substantive steps in line with the vision and mission of the university that will help address the challenges of creating sustainable futures. Thirdly, to promote the growth of TREES (teaching, research, experiential learning, environmental awareness and scholarship). Then develop curriculum, pedagogy and a rigorous intellectual imagination that will ensure that sustainable futures become the focal point of teaching, research, experiential learning, environmental awareness, and advance of scholarship and publications. Fourth, the need for emphasising the importance of sustainable development practices through national and international partnerships across higher educational institutions, intergovernmental organisations, businesses, industry and civil society and finally, to be able to work with government agencies that will
enable policy, regulation and governance of sustainable practices.

In all these five areas, global universities have a central role to play and it requires leadership and a sense of transformative responsibility.

One of the most respected educational entities and ranking organisations is Times Higher Education (THE), which held a debate on “What is the Power of Place?” at Davos. The THE debate was aimed at interrogating the point of “place” for universities in a hyper-connected world. The identity of the 21st century university as the foundational base for fostering cosmopolitan and global world visions is both an imperative necessity and at the same time an increasingly difficult ideal in our age. A key question is how university leaders can negotiate within these ambiguous, complex and volatile contexts to preserve the core purposes of the university to provide safe havens for innovation, dissent and cosmopolitan worldviews. Assessing the impact of the digital, and if it has replaced physical space, it is to be understood why the growth of digital technology has created a premium on face-to-face interaction and if new providers can disrupt the dominance of the HE super-brands.

Global networks complement local success. In recent years, there has been a growing tendency towards isolationism, particularly in developed nations such as the United States and the United Kingdom. This countervailing tendency in the US and UK towards isolationist policies may come to place significant constraints on international partnerships in general and particularly on international higher education collaborations that depended, to some extent, on policy support and sponsorship from developed societies. It may be possible that these trends are temporary and may not become institutionalised for the future.

Additionally, there has been a focus for universities to contribute to local communities. In India, where JGU is based, universities are integrally linked to their communities and regions. Many universities, particularly new private institutions like O.P. Jindal Global University, have been established in semi-urban regions where local development is accelerated through the creation and sustenance of the universities.

While 21st century universities must serve as bastions for academic and scholarly excellence, they must also serve as models of social change, community empowerment, organisational innovation, agility in a complex world, creative negotiation with change, and representative in demographic, identity and design with local and national communities.

The writer, a Rhodes scholar, is the founding vice-chancellor of O.P. Jindal Global University. He was the only VC from India to be invited to speak at the WEF, 2020 at Davos, Switzerland.