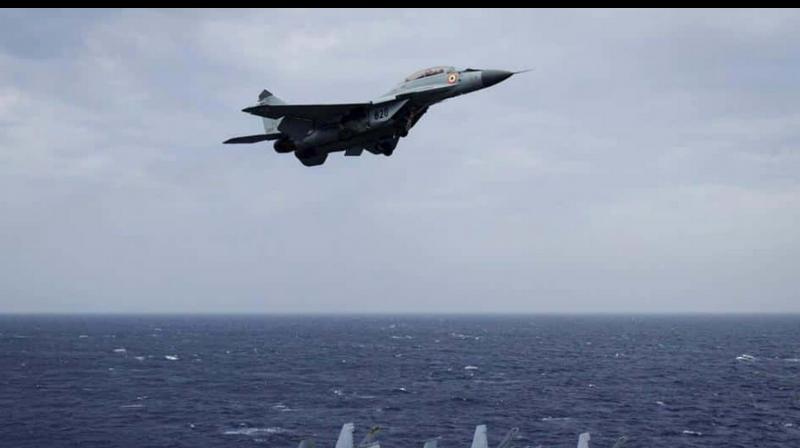 Navy’s MiG-29K maritime fighter jets are being deployed at airbases in the northern sector to beef up the Air Force’s strength. (PTI Photo)

New Delhi: The Navy’s MiG-29K maritime fighter jets are being deployed at airbases in the northern sector to beef up the Air Force’s strength following the heightened tensions with China at the Line of Actual Control. The MiG-29Ks can be used for combat air patrols in the Ladakh sector.

The Indian Navy has around 40 MiG-29K fighters, only half of which are deployed on aircraft-carrier INS Vikramaditya. The MiG-29K jets were procured by the Navy along with the aircraft-carrier over a decade ago.

The Navy’s P-81 surveillance aircraft have reportedly already been deployed in Ladakh to carry out surveillance and reconnaissance of the Chinese PLA troops. Interestingly, it was during 73-day standoff with China in Doklam in 2027 that the Navy’s P-81 aircraft were deployed to gather crucial intelligence on Chinese troops. The Army was amazed at the kind of intelligence that the P-81 aircraft could pick up on the PLA troops’ operations as it was felt that these aircraft could only be used in sea operations.