CBI has alleged that the assets amassed by Mr Mishra during 2006-16 are 49.37 per cent more than his known sources of income. 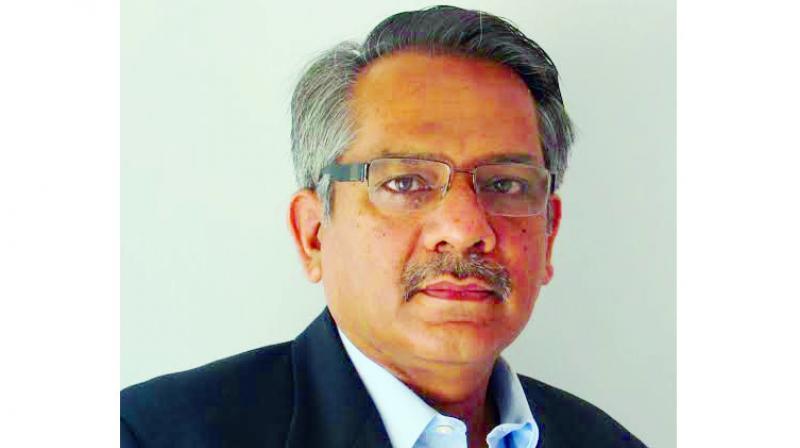 Bhubaneswar: The CBI on Wednesday carried out searches at the Bhubaneswar residence of the Indian Institute of Technology-Goa director, B.K. Mishra, after registering a case of disproportionate assets against him.

The CBI has alleged that the assets amassed by Mr Mishra during 2006-16 are 49.37 per cent more than his known sources of income.

He allegedly amassed assets worth Rs 2.15 crore between 2006 and 2016, of which properties of Rs 1.14 crore were in excess to his known sources of income, the CBI FIR has claimed.

Mr Mishra was the director at the Institute of Minerals and Materials Technology-Bhubaneswar before his appointment to the top post at the newly set-up IIT in January this year.

His name was chosen by a search-cum-selection committee appointed by the HRD ministry after interviewing several people with outstanding academic record and experience.

The FIR has alleged that at the start of the check period — April 1, 2006 — he had movable and immovable assets amounting to Rs 3.79 lakh in his and his wife’s name.

The CBI has alleged that during the period, Mr Mishra earned Rs 2.32 crore as declared income from various sources. This amount also included earnings by his wife.

The agency, which registered the FIR based on “source information”, has claimed that during 2006-16, his expenses on repayments of loans, children’s education and household were over Rs 1.31 crore.

Mr Mishra’s likely savings during the period were little over Rs 1 crore, it has said. “Against this likely saving, Mishra has acquired assets (movable/immovable) to the tune of Rs 2.15 crore.

“Hence, Mishra is in possession of disproportionate assets to the tune of Rs 1.14 crore to his known sources of income during the aforesaid check period and the acquisition of the same is not likely to be accounted for satisfactorily by him,” the CBI alleged.