India   All India  21 Aug 2019  It is time to drastically change the way we bring up our boys
India, All India

Men want to marry a working woman (in theory) but are completely unprepared for the practical reality of a marriage where both partners work. 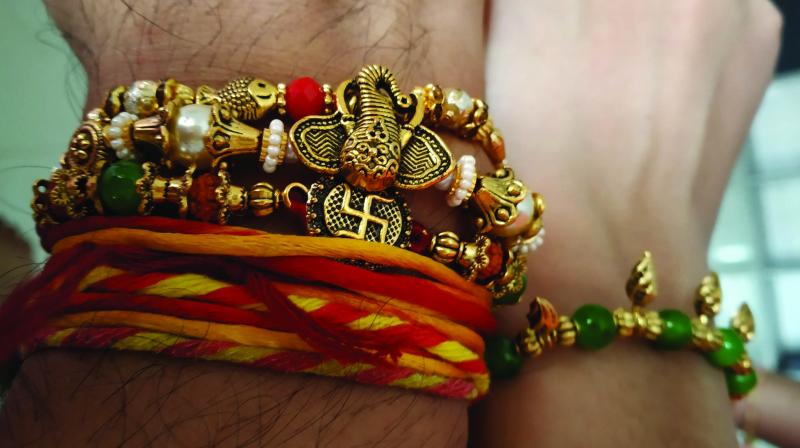 By performing these so-called ‘male’ rites and rituals, women, too, should learn to claim these emotional and social spaces as theirs.

This Raksha Bandhan, I was warmly surprised when my friend’s son told me he was confused what to get his sister. “Should I get her these cool earphones or should I bake a nice cake for her?” I smiled and told him, “Do both.” Yes my friend’s son bakes. He’s a young man and he doesn’t feel ashamed of spending time in the kitchen. He is not gay, although there’s nothing wrong with that, but that’s a separate issue for another column. I am talking about a cisgendered alpha male who drives an SUV. He likes cooking besides playing with his XBOX. Isn’t it time we removed the stigma around domestic work, especially the kitchen and removed gender from things like doing the dishes, cooking and sewing? Why is it always ‘women’s work’ to nurture and clean? And what is with all the disdain around having a ‘feminine’ side?! Why should a boy or man, be made to feel ashamed by his friends if he wants to watch a soap opera, like Vampire Diaries, instead of an action flick like John Wick? If my niece wants to play cricket, she is encouraged, but if my nephew wants to attend pilates he’s told, he’s a sissy? Isn’t it time we told our sons it is okay to get in touch with their softer side? We have already told our girls that it’s okay to drive, to work and to be part of this so-called ‘man’s world’. When are we going to bring up our boys differently?

I want to extend this argument further and talk about how we also need to tell our sons that it is not okay to beat their sister, or their wife, it’s not okay to leer at the neighbours daughter or catcall a woman on the street, even if their friends think it is part of male bonding and protocol.  For at least two generations now — especially in urban India and educated middle class families— we have raised our girls to be confident and fight for their rights. But seem to have ignored an entire generation of boys who were not told anything about how their sisters were changing. While we gave our daughters new ideals and role models, no one bothered to tell boys that it is time to change.

Men want to marry a working woman (in theory) but are completely unprepared for the practical reality of a marriage where both partners work.  It means doing the dishes or supervising the maid when your wife has a report to complete, it means taking half the day off to take care of your sick son because your wife has an important presentation. It may even mean giving up a promotion or moving to a new city for your spouse’s career. Because we don’t tell our sons all this, they continue to expect that their wife will automatically give up the job/promotion/transfer in favour of the family whereas they will never have to take a step back from their own careers. Furthermore this lack of empathy from men in relationships where both partners are working, and men prove to be inflexible expecting a woman to “juggle career and home”, the pressure of this often leads to separation or divorce.

If we are looking for gender parity and a long lasting bond between the men and women of today, then we have to start raising our sons differently. This Raksha Bandhan, I encouraged both my niece and nephew to tie a rakhi to each other, swearing to protect and love each other as siblings brought up on an equal footing. It may seem like a tokenism but it is not. One can be subversive through age-old traditions and begin to engage and change things on all fronts. It’s okay to tell both boys and girls to protect each other equally. I know of so many older sisters who have protected their little brothers with a fierceness that can only rival a lioness in her pride protecting the cubs from male predators.

To widen the scope to a macro-level, many of the problems we see in the world today can be traced back to the way we as a society raise our boys. We build women’s shelters and offer self-defence classes for women and we build prisons that are filled with men. We watch corporate CEO’s (mostly men) turn a blind eye to the environmental damage they are causing, we accept food banks — largely used by women and children, we watch men start and carry on the business of war. We wonder why men are often violent forgetting about the time we urged our sons to play with tanks and guns over any other games that are nonviolent. We engender violence into young boys in our zeal to raise good alpha males who can protect their ‘pack’, forgetting to explain or instill other values like compassion and love, most of all the ability to engage in other types of nonviolent negotiations.

On a deeper psychological level men are seldom given the opportunity to practise behaviours that girls and women take for granted like touch, or the freedom to cry, the ability for empathy and nurturing behaviour of all kinds. It has been psychologically evaluated that most men operate on two emotions – anger and fear. The emotion most repressed is the desire for love — unexpressed it gets transformed into a futile search for sex and power. Boys and men are seldom given the opportunity to practice behaviours that girls and women take for granted. I am not suggesting by any measure that we make our men effeminate, but that we simply encourage them towards human values. Nurturing loving behaviour should not be deemed only as feminine but as a human value. It is essential for the survival of our species in today’s day and age. If boys and men learn to love our environment and learn that it is not cool to kill and torture birds and animals, a disturbing behavior that I have seen encouraged in many boys, then there won’t be so many animals on the brink of extinction.

Let’s not forget the role that popular culture has to play. We need more ads with men changing diapers. We need more films where men are involved as parents, we need more ads where ‘taming the wild’ does not mean driving a big powerful SUV, but taking an award-winning photograph of an endangered species. Change is still possible if we change the way we bring up our boys.