India   All India  21 May 2019  Rahul, Priyanka worked hard; Cong will prove to be strong Oppn: Shiv Sena
India, All India

'There is no need for a priest to say that Modi's government will again come to power in 2019,' Shiv Sena said. 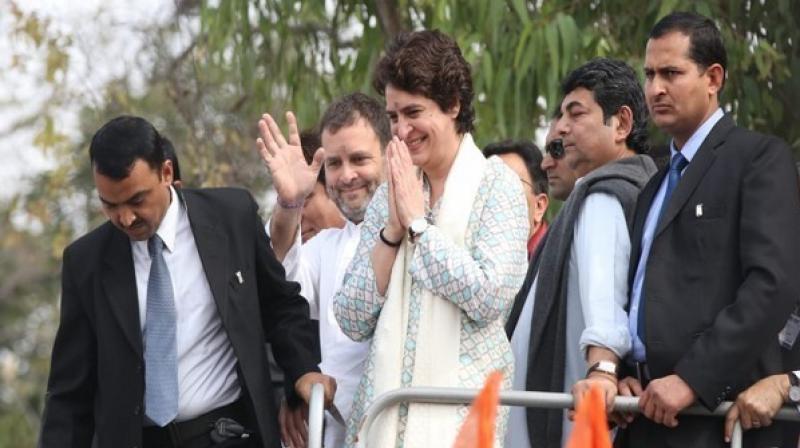 'Rahul Gandhi and Priyanka Gandhi have definitely worked hard... They will be successful as a strong opposition,' the party said. (Photo: ANI)

Mumbai: Shiv Sena on Tuesday took a jibe at the Congress and said that the party will prove to be a strong Opposition in the Parliament as its president Rahul Gandhi and leader Priyanka Gandhi have worked hard in the recently concluded Lok Sabha elections.

"We do not want to go by exit polls, but looking at the enthusiasm of the people, the trend and the mandate of Maharashtra has become clear. There is no need for a priest to say that Prime Minister Narendra Modi's government will again come to power in 2019," Shiv Sena said in its mouthpiece 'Saamana'.

"Rahul Gandhi and Priyanka Gandhi have definitely worked hard... They will be successful as a strong opposition. In 2014, their party did not have enough number of MPs to get the post of opposition in the Lok Sabha. This time the Leader of Opposition will be from Congress party, this should be termed as Rahul Gandhi's success," the party added.

The exit polls on television channels on Monday projected that the BJP-led National Democratic Alliance (NDA) will retain power at the Centre again. Most of the pollsters gave Prime Minister Narendra Modi a clear majority in the 543-member Lok Sabha.

Polling for seven-phased Lok Sabha elections started on April 11 and concluded on May 19. The much-awaited results of the general elections will be announced on May 23.