India   All India  20 Jun 2019  Parents as regulators is a disastrous idea as India needs unbiased schools
India, All India

One can see this as the larger government policy to replace the welfare State module with a completely privatised module. 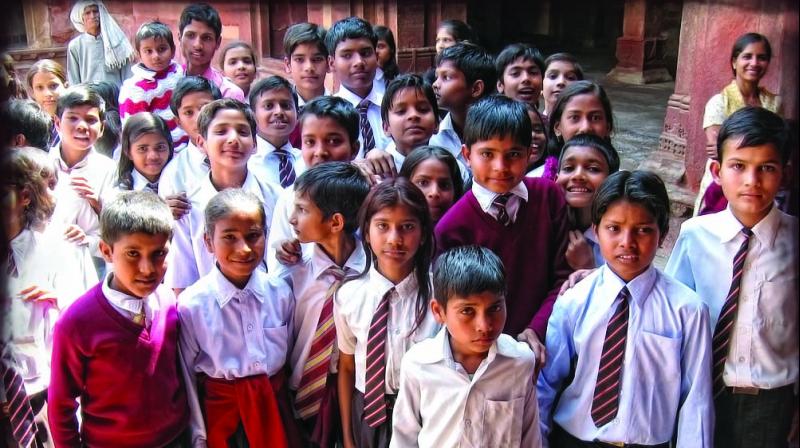 A parent may not always know what’s best for the child or the exact amount of discipline he or she requires.

As a parent you want the best for your child. That is a given. You want to send them to the best school, you make sure they have extra-curricular learning in the arts and sports by signing them up for tuitions, hobby classes and games, personality development and what not. However, as parents, there is a certain area where a good amount of objectivity in raising your child will go a long way — that place is called the school. This objective learning ground is now being threatened by a rather bizarre proposal that parents become de facto regulators of private schools instead of the State.

One can see this as the larger government policy to replace the welfare State module with a completely privatised module. I would warn parents to read the fine print before getting involved in such a harebrained idea. To begin with, this policy will replace the role of the government for recognition of schools. If this policy is passed, henceforth, it will be done through self-accreditation, peer review and audit by school management committee members and fellow schools on regular intervals.

This leaves the system open to a lot of unregulated activity — read as, brown-nosing, the old boys’ club and back-scratching — that is bound to take over an objective evaluation. I am not for a moment claiming that the government module does not fall prey to similar activities, but what I am merely pointing out is that this puts the power directly into the hands of a chosen few individuals belonging to an elite or moneyed class.

Moreover, this policy is hostile and biased towards privately run and managed schools. The policy, as it is currently drafted, calls for a review of the 25 per cent reservation for poor children under Right to Education Act (RTE) as it is “unduly restrictive”, and removes all provisions of State-led inspection and enforcement of regulatory provisions. If certain faculty members, parents, alumni, and local lawmakers are made de facto executives of schools, as according to the policy, they have a far greater vested interest in the schools success than the promoters, this interferes with the ideal that a school should be a non-profit entity that has no vested interest for monetary profit but for the larger good of society.

May I also point out that a parent is not qualified to evaluate the performance of principles, teachers and other teaching staff, so how pray can they get involved in their promotion, appointment and the day-to-day running of the school? As I imagine, most parents are busy running their homes, earning for the family with their fulltime jobs and can barely drop off their kids to school (they mostly get the hired help to do that or rely on the school bus), let alone attend faculty meetings to evaluate staff. This policy not only absolves the State and the government of accountability, but it also puts undue pressure on the parents and alumni of the school.

It has been known that parents are not always the best judge of what is right for their child. A parent’s choice of school is based on the school's popularity, and that often leads to larger classes. However, any study will indicate to you that children learn better in smaller focused environments where they can be accorded more attention.

We are talking of the child, as he or she has no agency at all. Should the child not find role models outside the family system? Shouldn't the child want to learn without the cajoling and rewards that parents often resort to? Sometimes giving all the power to a parent is not always the best for a child’s development. Parents may overindulge their child and may not be as strict as a teacher can be. With parents as the sole reviewers of teachers, it is almost predictable that a teacher will mark certain children more leniently than others because of the power their parents wield rather than their performance at school. The desire to be promoted will obviously override the desire to be a good educator and that introduces a system where mediocrity will reign supreme.

The idea of equitable education is already a challenged one; with a lopsided literacy in our country, this new policy if not amended might be the final nail in the coffin. The SMC (School Management Committee) being proposed for private unaided schools is similar to what is currently in government schools. The state of government schools is not unknown to us. Thirty-three per cent teachers are absent on any given day. We have hilarious YouTube videos on teachers in government schools. Currently, the practice of hiring staff to take care of his/her duty by government school teachers is rampant. The very presence of private unaided schools is because of the failure of the government to provide proper education which is funded by taxpayers. Now the government has come out with novel idea to put the private schools also on the same path.

This policy as I see it widens the gap of the haves and those who have not, but it also introduces and solidifies the rot in the system. Any middle-class parent who is not landed or elite, with children enrolled in private schools recognises the unevenness of power between parents and teachers. Poor and neo-literate parents, in particular, cannot be expected to hold the onus of ensuring that much more powerful and resourced schools comply with quality, safety and equity norms. A non-aligned body, that is the government, can hold the system accountable in a manner that a regular parent cannot.

Before a policy of this nature is implemented it has to be reviewed and put to the test. If one were to considered data for countries that are relatively richer than India, one would observe that systems with low levels of competition have higher social inclusion and that upward social mobility is higher in government systems.

The idea of empowering the parent to evaluate the school is a good one. It does ensure that if a parent is not happy with their way their child is being educated they have a direct say in the matter. No doubt the Internet can play a big role in that in the urban scenario, with online reviews and information of schools. However, given that a majority of Indians do not have access to the Internet, it cannot and should not replace a formal government inspection, and national norms are to be followed by all schools, private or public.