Mukherjee said that all cargo handling operation at Diamond Harbour and Sagar anchorage have been stopped. 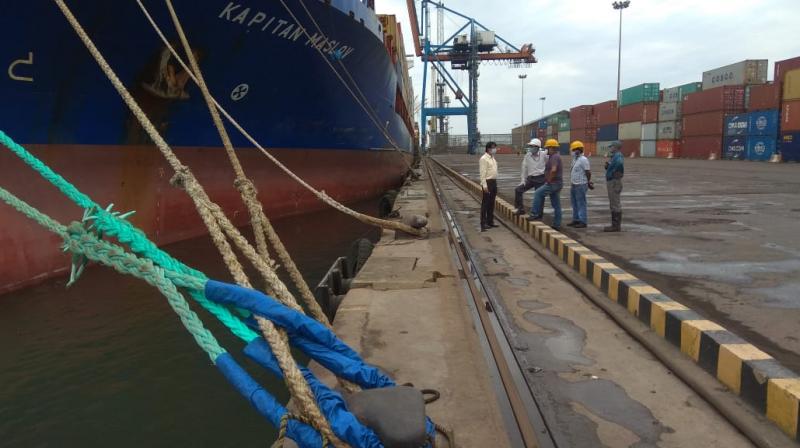 Kolkata: The Kolkata Port Trust, which was playing a crucial role in the cargo handling of essential items' supplies amid the Covid-19 lockdown, has suspended its operations as a precautionary step to avoid damages to its assets due to Cyclone Amphan.

KoPT spokesperson Sanjoy Mukherjee said, "All types of operations, including loading and unloading at KoPT will remain suspended from 8 am on Wednesday till 6.30 am on Thursday. The suspension of operations will however come into effect at Haldia Dock Complex (HDC) of the KoPT in East Midnapore from Tuesday night. All the 19 vessels at Sandheads anchorage have picked up their anchor and proceeded down to deep sea so as to avoid the path of the storm."

Mukherjee said that all cargo handling operation at Diamond Harbour and Sagar anchorage have been stopped, adding that all the barges have been told to move up to the sheltered water.

No ships have been kept at the oil jetties of Haldia and Budge Budge, while all movements of inward and outward vessels have been cancelled at Kolkata.