In his speech, Kerala professor flayed women for not covering up their breasts 'properly' and displaying them like watermelon. 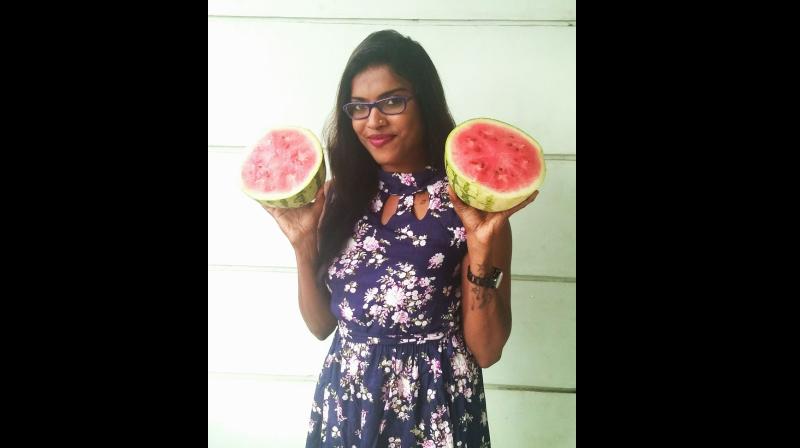 Thiruvananthapuram: After the video of a Kerala college professor’s speech, flaying women for not covering up their breasts “properly” and displaying them like watermelon, went viral, protests have erupted across the state.

Students of the Farook Training College in Kozhikode, where professor Jouhar Munavvir T gave the speech, led a protest march under the banner of SFI, took out ‘watermelon march’ to the main gate of the institution holding slices of watermelon in their hands and sought action against the assistant professor.

And now, women have taken to social media to post bare-breasted photos to condemn the unsolicited counsel.

At least two Kerala women went topless on Facebook launching a campaign against the professor over his remarks.

According to a report in NDTV, twenty-five year old Arathy SA was among those who posted a nude picture. Her husband too posted the photo.

"I am upset with hypersexualisation of breasts by people. Whether it be professors in college or social media users seeing a model breastfeed and pose for a magazine. So I and my husband posted pictures of me nude," said Arathy, who lives in Thiruvananthapuram.

"Just because people may find my breasts attractive, doesn't mean they are entitled to violate me or my body," Arathy added.

Later, a Kochi-based activist Diya Sana uploaded pictures of a topless woman holding watermelons. She said the photos belonged to her friend, who is a social activist and model.

However, according to reports, Facebook has removed the pictures and has blocked the accounts of users posting such pictures in protest.

Earlier this month, the photo of a breastfeeding model on the cover of Malayalam magazine Grihalakshmi caused uproar on social media.

The professor at Farook Training College had allegedly made his speech during a family counselling with an audience some weeks ago.

"I am teacher of a college where 80 per cent of the students are girls and of that, majority are Muslims. These girls are not wearing dress as per the religious tradition. They are not covering their chests with hijab. But showing part of it is like slice of red water melon being displayed," the professor said in the audio clip.