An FIR was filed against Atul Johri, who teaches at the School of Life Sciences, based on one of eight complaints from women students. 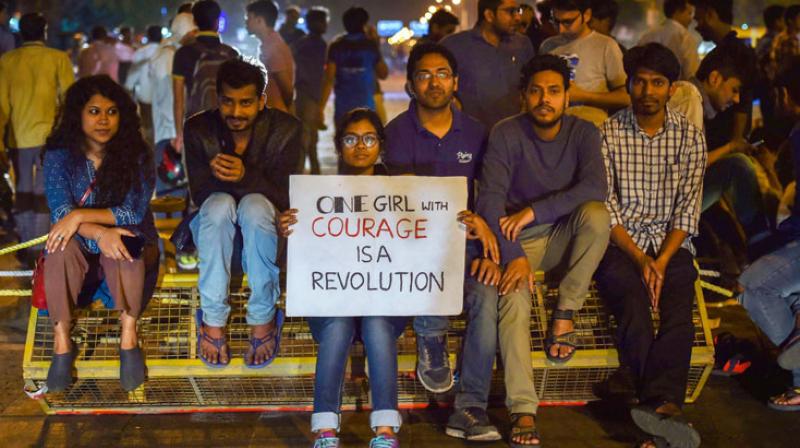 On Monday, JNU students took out a protest march to the Vasant Kunj police station demanding the arrest of the professor. (Photo: PTI)

New Delhi: Delhi court on Tuesday granted bail to Jawaharlal Nehru University professor Atul Johri hours after he was arrested by the Delhi police on Tuesday over allegations of sexual harassment leveled against him by female students.

Earlier on Tuesday, Johri was summoned by the police for questioning.

As many as 9 students have filed complaints against Johri, who teaches at the School of Life Sciences, and the students union has been protesting on campus against him.

On Monday, JNU students took out a protest march to the Vasant Kunj police station demanding the arrest of the professor. The students also accused the police of "inaction" in the matter.

The students raised slogans against the university officials and Delhi Police. A minor scuffle also broke out when some of them tried to break the barricades put up by the police.

Delhi Commission for Women had also issued a notice to the Vasant Kunj police on Monday, seeking a status report of the case and reasons for not arresting the accused.

An FIR (First Information Report) was lodged against the professor for allegedly sexually abusing the female students in class.

At a press meet held on the campus, the women students of the School of Life Sciences (SLS) issued a statement that said, "The professor often makes sexually-coloured remarks, open demands for sex and comments on the figure of almost every girl. If a girl objects, he holds a grudge against her."