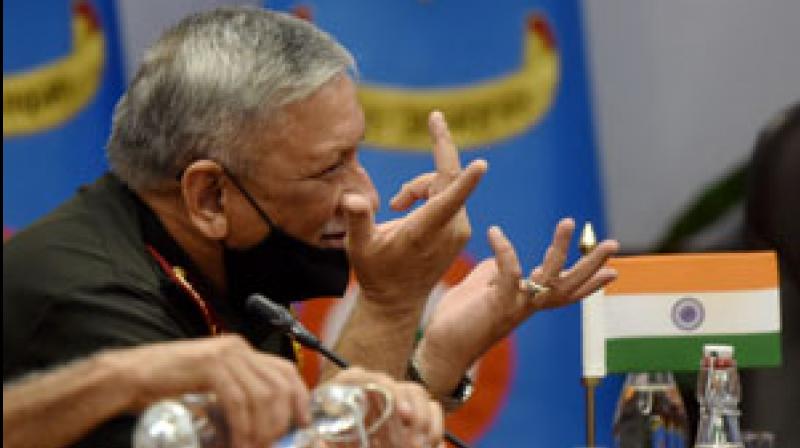 Chief of Defence Staff General Bipin Rawat said that China has built villages well within their side of the Line of Actual Control and China has not anywhere transgressed into India’s perception of LAC. (PTI)

New Delhi: New satellite images suggest China has built a second village in Arunachal Pradesh sector and more villages in disputed territory with Bhutan as part of its salami tactics. "This village (in Arunachal Pradesh) appears to be within the survey of India and McMahon line boundary...  geography however, restricts access allowing Beijing to move unchallenged, such land grabs alter maps and promote sinicization of local features hindering future challenges to Indian territorial claims, " said satellite image expert whose Twitter handle identifies him as @detresfa.

The second enclave or cluster is of at least 60 buildings in Arunachal Pradesh, said a report by a news channel based on satellite images accessed by it. The news report said that the

"new enclave did not exist in 2019 according to the satellite images; a year later, it can be seen."

The village lies 93 kilometers east of the first China-constructed village in Arunachal Pradesh, which was reported by the Pentagon earlier this month. In a report to the US Congress, Pentagon said that in 2020 China had built a large 100-home civilian village inside disputed territory between China's Tibet Autonomous Region and India’s Arunachal Pradesh state in the eastern sector of the LAC.

However, Chief of Defence Staff General Bipin Rawat said that China has built villages well within their side of the Line of Actual Control and China has not anywhere transgressed into India’s perception of LAC. "As far as we are concerned, there is no such village development that has taken place on our side of the LAC," Gen Rawat had said on the Pentagon report.

Meanwhile, @detresfa said that disputed land between Bhutan and China near Doklam shows construction activity between 2020-21, and China having built four villages spread through an area roughly 100 square kilometres. The construction is still going on.

China is also developing a network of large heliports across the Tibetan Plateau and along its tense border with India that can be of major use in a crisis.