Under the new tax, rates will range from 5 to 28 per cent, with 12 per cent and 18 per cent being the standard rates. 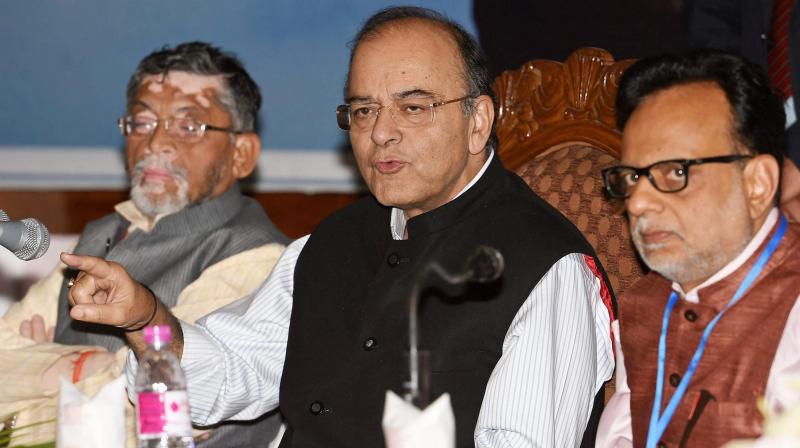 Srinagar: India on Thursday finalised tax rates on eighty to 90 per cent items under the Goods and Services Tax (GST), slated for a rollout from July 1. Under a four-slab structure, essential items of daily use have been kept in the lowest bracket of 5 per cent.

“Out of 1,211 items, GST rates on all except six categories have been decided,” finance minister Arun Jaitley told reporters after a meeting of the GST Council comprising Central and state finance ministers, besides top officials. The 140-strong group held the crucial meeting at Sher-i-Kashmir International Convention Centre overlooking the Dal Lake.

The panel will discuss tax rates for gold and some other items on Friday and could meet one more time if necessary to decide rates on remaining items. Under the new tax, rates will range from 5 to 28 per cent, with 12 per cent and 18 per cent being the standard rates. 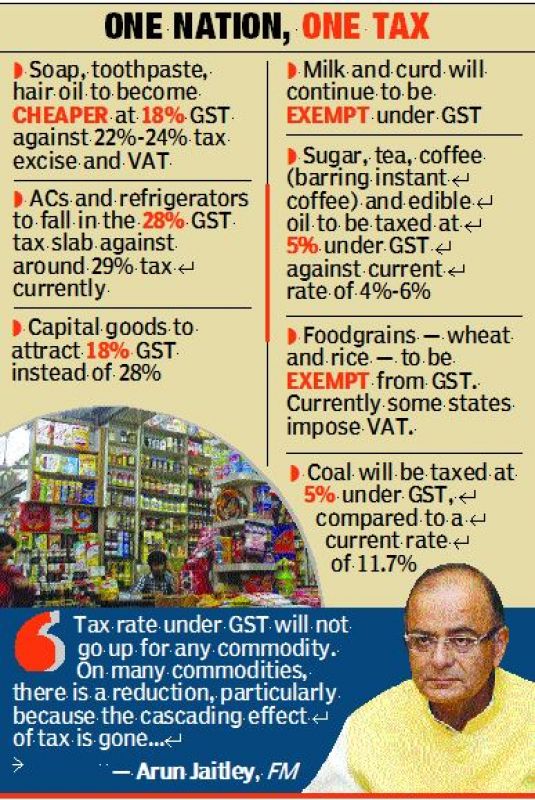 The long-awaited GST is hailed as India’s biggest tax overhaul since Independence to replace a slew of central and state levies, transforming Asia’s third largest economy into a single market.

The council also approved most of the draft rules relating to the new tax that would push businesses to upgrade their infrastructure for filing tax returns under the new system.

The fitments have been done in such fashion to ensure no increase in tax incidence does take place. This implies the rates close to the present incidence of excise duty plus VAT or service tax have been considered to be the rate under the GST.

Sources said that the finance ministers of various states separately sought exemption on items like silk yarn, puja material and handicraft items. However, Mr Jaitley was of the view that there should be minimum exemptions under the GST and should be provided for only if it is essential. He had earlier indicated that tax rates for most items would be much closer to their existing tax incidence.

Jammu and Kashmir chief minister Mehbooba Mufti hosted dinner to the visiting ministers and their staff. After the meet is over, the participants will be driven to Kashmir’s premier resort of Gulmarg for a guided tour “to send a message outside that Kashmir is safe as it always was for tourists”.