Over 300 witnesses were reportedly examined during the probe. 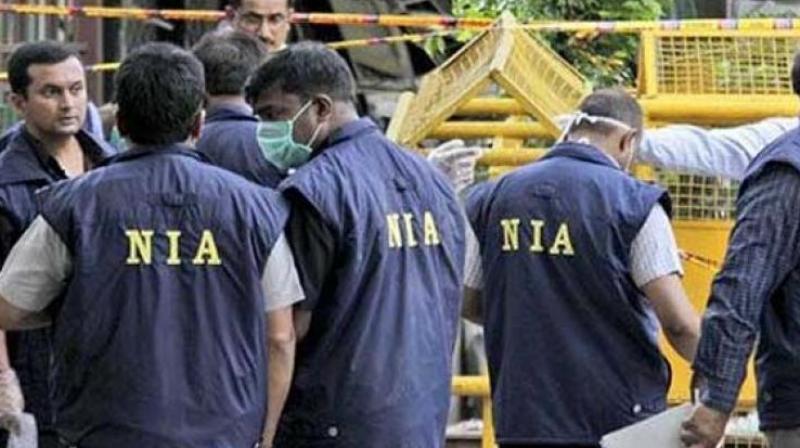 New Delhi: The National Investiga-tion Agency (NIA) on Thursday  filed a charge-sheet against terror masterminds Hafiz Saeed and Syed Salahu-ddin and 10 Kashmiri separatists for alleged terror funding in the Valley before a court here, which said it wo-uld decide on taking its cognisance on January 30.

After hearing arguments, additional sessions judge Tarun Sherawat  posted it for January 30, when it will decide on taking cognisance of the 12,794-page document filed by the NIA.

The NIA chargesheeted 12 persons, including Hafiz Saeed, head of the banned terrorist outfit Lashkar-e-Tayyaba, and Hizbul Mujahideen chief Syed Salahuddin, for conspiring to wage war against the government (Section 121 IPC) by carrying out terrorist and secessionist activities in Kashmir. Other offences for which the accused were chargesheeted incl-ude those punishable under Sections 120B IPC (criminal conspiracy) and various provisions of the Unlawful Activ-ities (Prevention) Act 1967.

The NIA said the scrutiny and analysis of the documents and digital devices established that the accused Hurriyat leaders, terrorists and the stone-pelters were carrying out terror attacks and orchestrating violence in Jammu and Kashmir as a part of their “well-planned” conspiracy.

It said this conspiracy was hatched with the active support, connivance and funding from terror organisations based in Pakistan and its state agencies to achieve their objective of Jammu and Kashmir’s secession by waging war against the Indian government.