Shutdown in Kerala begins over murder of 2 youth Congress workers

Congress has alleged that CPM activists were behind the attack. 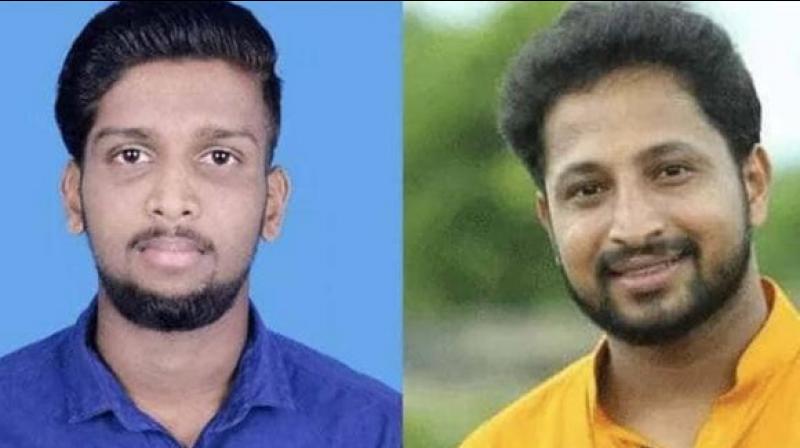 Congress workers Kripesh and Sarath Lal were attacked while they were on a motorcycle. (Photo: Twitter | @IYC)

Thiruvananthapuram: The opposition Congress has called a 12-hour shut down in Kerala on Monday to protest the killing of two Youth Congress workers in north Kerala’s Kasargode district, notorious for political murders, on Sunday.

Congress workers Kripesh and Sarath Lal were attacked while they were on a motorcycle.

A group of people who came in SUV stopped them on the road and hacked them to death. The Congress workers were returning home after attending the event nearby.

Congress has alleged that CPM activists were behind the attack. The Kerala police have launched an investigation.

Calling the murder "brutal", Congress chief Rahul Gandhi tweeted his condolences for the families of the victims.

The brutal murder of two members of our Youth Congress family in Kasargod, Kerala is shocking. The Congress Party stands in solidarity with the families of these two young men & I send them my deepest condolences. We will not rest till the murderers are brought to justice.

Initially, the Congress party called a shutdown in the district but later decided to extend it to the entire state.