Covishield has also got emergency use authorisation in the United Kingdom, Argentina and Mexico 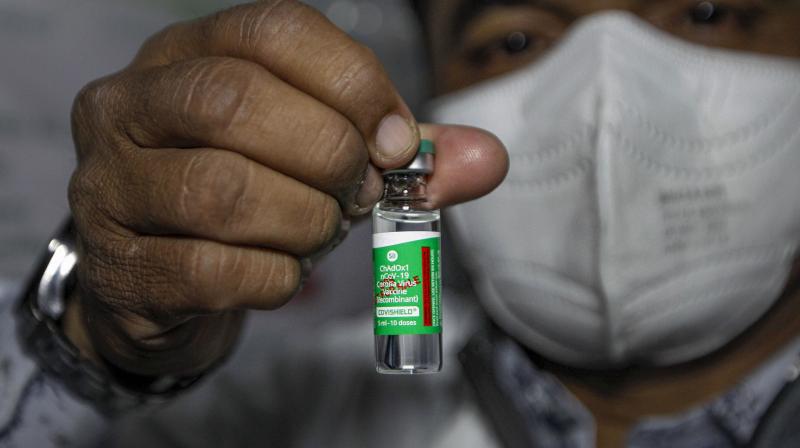 New Delhi: Dissent and controversies started erupting with the first shot of the Covid-19 vaccines in India on Saturday.

In Delhi, the resident doctors of government-run Ram Manohar Lohia Hospital (RML) demanded they be administered Covishield (by Oxford-AstraZeneca-SII) and not Covaxin (by Bharat Biotech) saying the Oxford vaccine has completed all three stages of trials as required under protocol while the Bharat Biotech vaccine is still only undergoing stage-III trials. Apart from India, Covishield has also got emergency use authorisation in the United Kingdom, Argentina and Mexico.

The Union government, however, tried to underplay apprehensions saying a lot of work has gone into the development of the two vaccines and both are safe. The Prime Minister asked people to stay away from rumours and propaganda as these made-in-India vaccines have been approved for emergency use only after scientists and experts were fully convinced about their safety and efficacy.

“Indian vaccine scientists, medical system, Indian process and institutional mechanism in this regard is trusted globally and this trust is earned with a consistent track record,” the PM said as he pointed out that 60 per cent of children the world over receive life-saving vaccines which are made in India and pass through stringent Indian scientific tests.

“We have come to know that the Covid vaccination drive is being conducted by the hospital today. Covaxin manufactured by Bharat Biotech is being preferred over Covishield manufactured by Serum Institute in our hospital. We would like to bring to your notice that the residents are a bit apprehensive about the lack of complete trial in case of Covaxin and might not participate in huge numbers, thus, defeating the purpose of vaccination. We request you to vaccinate us with Covishield, which has completed all stages of the trial before its roll out,” the residents doctors’ association of RML said in a letter to the medical superintendent of the hospital, Dr A.K. Singh Rana, who himself took the Covaxin shot on Saturday. At the RML hospital, a security guard was the first one to receive the shot.

Senior Congress leader Manish Tewari too raised questions over the emergency use approval granted to Covaxin, alleging it was done without due process. “As vaccine rollout begins, it is all a bit puzzling. India has no policy framework for authorising emergency use. Yet, two vaccines have been approved for restricted use in emergency situation,” Mr Tewari tweeted. “Covaxin is another story -- Approvals sans Due Process,” he added.

“I believe that this is a great vaccine. I have taken Covaxin. Embrace the vaccine,” Dr Paul said.

Meanwhile, Telangana health minister Etala Rajender, who had announced to take the shot of first day itself to dispel apprehensions and instill confidence among people, on Saturday stepped back citing PM’s suggestion to public representatives not to jump the queue and let health workers and frontline workers to take the jab first.