BVR Subrahmanyam addressed media to qualm fears of public regarding on-ground situation in Jammu and Kashmir. 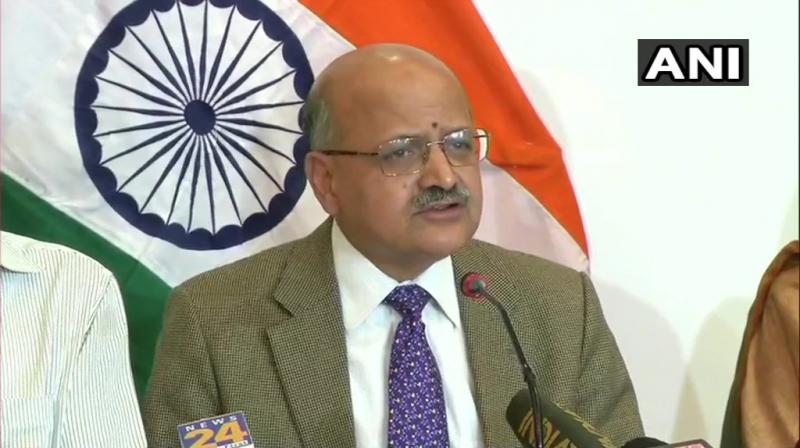 He said that, "In implementing decision taken last fortnight, cross-border terrorism required the government to put in place certain preventing steps. Important factor was credible inputs that such organisations were planning to undertake strikes in J&K in immediate future."

Talking about the steps being undertaken, he said, "Steps consequently taken included restrictions on free movement and telecom connectivity prevention of large gathering, closure of schools and colleges."

He also said a few preventive detentions of certain individuals were also made in accordance with provisions of law to maintain law and order in the state. "The government's focus is on the earliest return to normalcy while ensuring that terrorist forces are given no opportunity to wreak havoc as in the past."

Subrahmanyam also said that schools will be opened after the weekend area by area. "Movement of public transport to be made operational. Govt offices are functional from today. Telecom connectivity will be gradually eased and restored in a phased manner."

"12 out of 22 districts are functioning normally with some limited restrictions in 5 districts. The measures put in place has ensured that there has not been a single loss of life," Subrahmanyam emphasised.