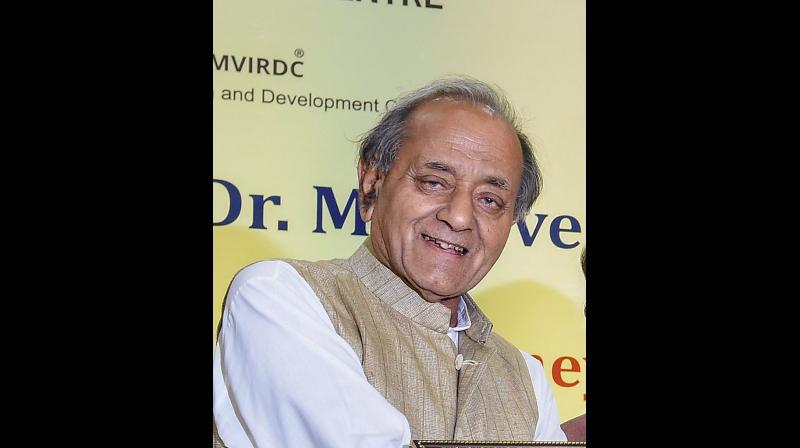 Morarka was associated with Indian cricket as an administrator and he has served as vice-president of the Board of Control for Cricket in India. — By arrangement

Mumbai: Former Union minister and industrialist Kamal Morarka on Friday died of a heart attack at his home in South Mumbai. He was 74.

A close friend and senior journalist Santosh Bharatiya told Deccan Chronic;e, "Mr Morarka died after he suffered a heart attack at 7.50 pm on Friday. He complained of a cough on Thursday. He did not come to office yesterday as he was unwell."

Morarka, who hails from Rajasthan, is survived by two daughters and wife.  He was Union minister in the Chandrashekhar government in 1990-91 and a Rajya Sabha MP from Rajasthan from JD(S) between 1988 and 1994. In 2012, he became the head of Samajwadi Janata Party (Rashtriya) which was started by Chandrashekhar and Devi Lal after they broke away from the Janata Dal in 1990.

Morarka, who was born into a well-known business family, donned many hats — a successful businessman, cricket administrator who was the vice-president of the BCCI during Jagmohan Dalmia’s time, a minister in the Union cabinet, a wild life photographer and an organic farmer who has done some great work in his native Rajasthan to promote agriculture and support farmers in many ways. He and his MR Morarka foundation have been also at the forefront to promote art, Sanskrit literature and culture. He has a wildlife photography coffee table book published.

Morarka was associated with Indian cricket as an administrator. He has served as vice-president of the Board of Control for Cricket in India. In 2000, he was a member of the BCCI disciplinary committee that took the decision to ban Mohammed Azharuddin on December 5, 2000. However, years later, he criticised the decision as a sham.