Deepotsav: More than 5.50 lakh earthen lamps to be lit on Diwali in Ayodhya 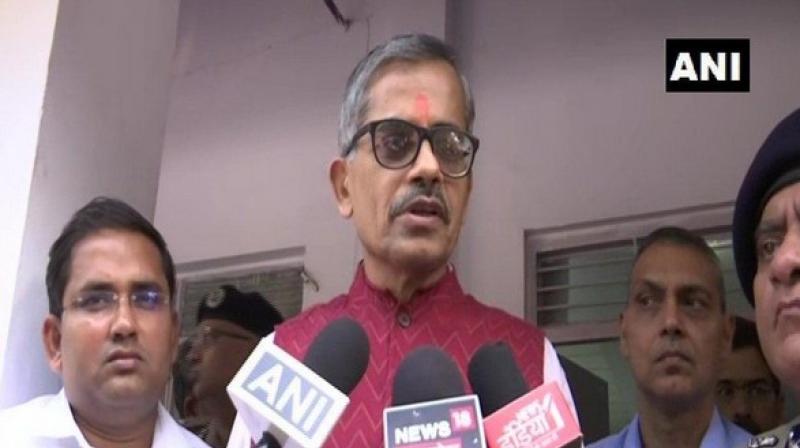 Ayodhya: R K Tiwari, chief secretary of the Uttar Pradesh government, on Tuesday, said that this year, more than 5.50 lakh earthen lamps will be lit in Ayodhya on the auspicious occasion of Diwali, which will be celebrated on October 27.

"Administrative officials have taken stock of all the places where celebrations are to take place. On 'Deepotsava', more than 5.5 lakhs earthen lamps will be lit in Ayodhya. This will be historic as it will involve huge public participation," Tiwari said.

Tiwari said the state government has made all the preparations for the third 'Deepotsav' event this year. Out of 5.50 lakh lamps, around 4 lakhs will be lit at Ram Paidi, while others will be lit at other religious places in the city, he added.

This year, Uttar Pradesh Governor Anandiben Patel, state Chief Minister Yogi Adityanath, Union Minister Pralhad Joshi among others will attend the 'Deepotsav' event. In two-three days, a list for foreign dignitaries will be announced as well.

Top officials of the state will visit Ayodhya in the run-up to the preparations for the festivities.

On Wednesday, Chief Secretary RK Tiwari, Principal Secretary Avnish Awasthi and Director General of Police OP Singh will visit the city to take stock of the ongoing preparations. They will hold a meeting with other concerned officials at the Collectorate auditorium.

Apart from meeting saints at Tulsi Smarak at around 11 in the morning, the officials will also visit Ram Paidi and Ram Katha Park to assess security preparations.

Last year, Ayodhya broke a Guinness World Record by lighting more than three lakh earthen lamps and keeping them lit for at least 45 minutes on the banks of river Saryu as part of the annual celebration of Diwali.