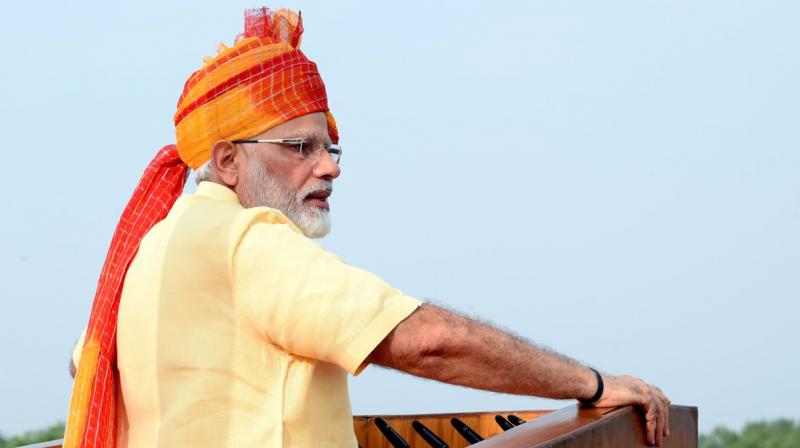 Narendra Modi had invited speech suggestions from the countrymen on the occasion of Independence Day. (Photo: Twitter/@PIB_India)

New Delhi: Prime Minister Narendra Modi began his Independence address from Red Fort. Addressing the nation, Narendra Modi remembered the contributions of martyrs who laid down their lives for the country.

A great sense of patriotism grips the country as India celebrates its 70th anniversary of Independence.

This will be Modi's fourth Independence Day address. Dressed in off-white kurta and crimson turban, Modi first paid tributes to the Father of the Nation, Mahatma Gandhi at Rajghat on Tuesday morning before heading to the Red Fort where he will unfurl the Tricolour.

Narendra Modi had invited constructive ideas from citizens to address this Independence Day and has received at least 8,000.

Security has been tightened across the country to ensure a seamless feat of celebration for its countrymen.