A team of National Disaster Response Force or NDRF is on its way to the site of the accident to carry out rescue operations. 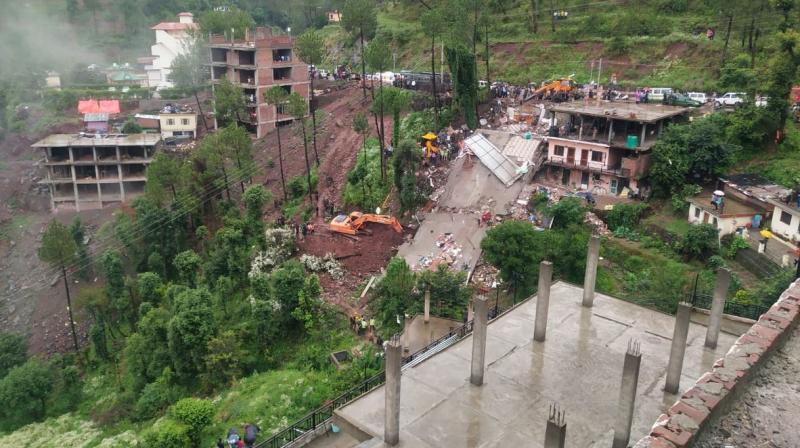 Shimla: From the total of 30 trapped, 18 Army men and 5 civilians rescued. 2 bodies recovered. 14 are feared to be still trapped.

A team of National Disaster Response Force or NDRF is on the site and rescue operations are underway.

Army personnel have reached the spot but do not have the proper equipment to carry out operations, reported news agency ANI.

The building, which housed a restaurant, collapsed because of heavy rain in the area, reported news agency PTI.

The army personnel and their family members were on their way to Uttarakhand and had stopped at the restaurant for lunch, a district official said.

The highway stretch in Solan has also been affected from the mudslides, according to news agency IANS.

Deputy Commissioner KC Chaman told reporters a rescue operation was on to save the people still trapped inside, adding that the injured have been admitted to nearby hospitals. Heavy rains were hampering the rescue operation.