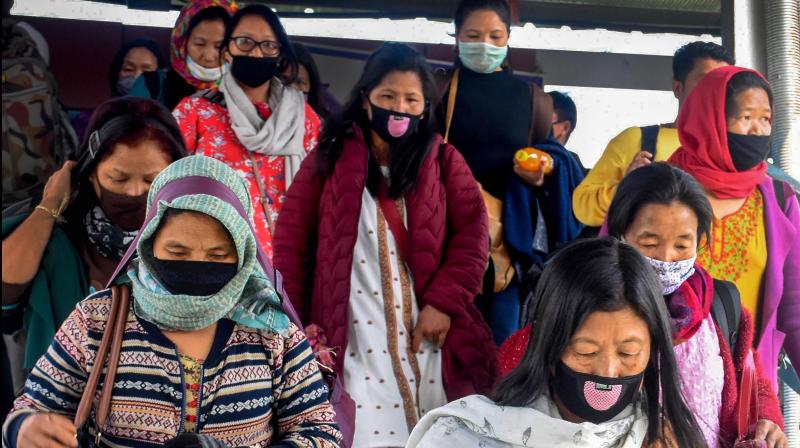 Guwahati: The coronavirus shutdown reached the northeast today with Assam chief minister Sarbananda Sonowal deciding not to participate in any public programme till March 31 and Mizoram banning the entry of any non-native into the state.

There was panic at the Fakhruddin Ali Ahmed Medical College and Hospital in Barpeta when a doctor couple who had returned from a trip to Saudi Arabia were found to be having symptoms similar to coronavirus.

The superintendent of the medical college, Dhrubajyoti Bora told reporters that the couple were asked to stay away from work and self-isolate themselves at home for 14 days. He added that the doctor had not informed the hospital authorities about their visit abroad.

“They went on a vacation and upon returning, he rejoined duty without reporting his foreign visit.

“We have cleaned and sterilised the operation theatre in which he operated on a patient,” said Bora.

Local television channels flashed news of the episode, which created panic among hospital staff and patients.

The minister said all ASTC buses and IWT ferries are being cleaned thoroughly after each trip they make. “We have made sanitizers available to the bus drivers, conductors and passengers,” he said.

The minister said that they have issued advisory to Ola and Uber representatives to sensitize their drivers about the precautionary measures to be taken while transporting passengers.

“If a passenger shows symptoms like a runny nose, sore throat, cough, and fever, enquire courteously his/her travel history and guide the passenger to the nearest PHC (primary health centre) or hospital,” he urged.

The Mizoram government, which had on Friday banned mass gatherings and social events to prevent spread of the novel coronavirus, banned the entry of non-natives to the state today.

Informing that the state has stopped issuing Inner Line Permits (ILPs) which are mandatory for outsiders to enter the state, sources said chief minister Zoramthanga has also appealed to churches to avoid organising conferences and pilgrimages for some time.