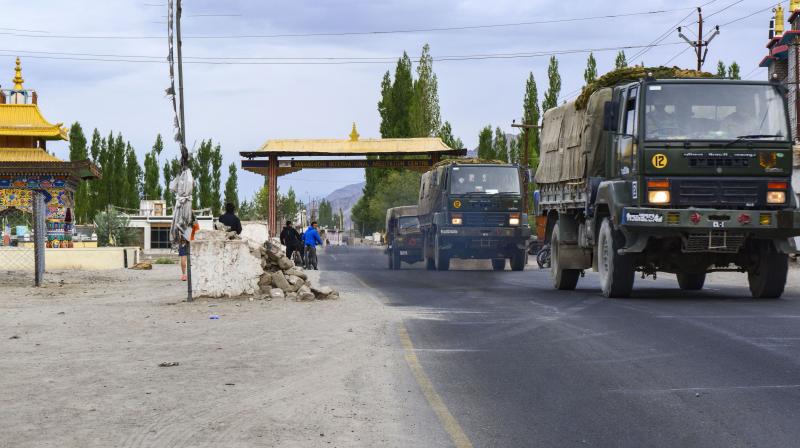 New Delhi: China’s state-owned Global Times newspaper on Thursday said that the Indian media reports on a “detailed border disengagement plan” in the Pangong Tso area in eastern Ladakh between India and China are “inaccurate”.

It was reported on Thursday that India and China have been moving closer towards an agreement on a disengagement plan at some of the flashpoints, including the most contentious one, Pangong Tso, in eastern Ladakh.

However, the Global Times report said India always had “unrealistic” ideas about the Line of Actual Control (LAC) and disregarded history, unilaterally believing that Fingers 4 to 8 (on the northern banks of Pangong Tso) are its patrolling areas, and has sought to gain bargaining chips in talks by fishing for interests in the disputed border area.

The Chinese Army’s occupation of the area between Finger 4 and Finger 8 on the north bank of Pangong Tso in May 2020 is one of the most sticky points in resolving the six-month military standoff between India and China.

The Global Times report underlines the challenge of implementing any disengagement plan with China to end the six-month military standoff in eastern Ladakh.

This is why India is moving cautiously in dealing with any agreement with the Chinese side.

After the Global Times report, the status of the disengagement plan will become clear only at the next corps commanders’ meeting.

“The Indian media’s reports that detailed arrangements for a proposed disengagement plan are being discussed and finalised by the Chinese and Indian militaries are inaccurate and not helpful for the two sides to reach their established goals,” the state-owned newspaper said, in a report quoting sources. The report said while the momentum brought by the eighth round of corps commanders’ talks was good, the “disengagement plan” mentioned by the Indian media is “not accurate”.

Earlier too, first in June and then in July, India and China had agreed to mutually move back from Galwan Valley, Gogra Post, Hot Springs and Pangong Tso.  However, it was only in Galwan Valley that soldiers from both sides had moved back to some extent. In Pangong Tso, the Chinese Army refused to move back from the Finger 4 ridgelines. In Gogra Post and Hot Springs too, there was no clarity on any Chinese disengagement.