The resolution comes in the wake of abrogation of Article 370 which gave special status to Jammu Kashmir. 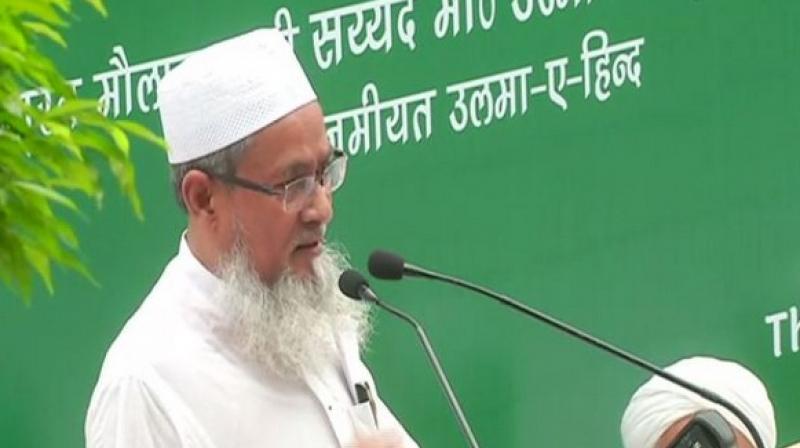 'The enemy has made Kashmir a battlefield using Kashmiris as a shield,' Jamiat in its resolution said. (Photo: ANI)

New Delhi: While asserting that Jammu and Kashmir is an integral part of India, Jamiat Ulema-i-Hind on Thursday said that any separatist movement is harmful not only for the country but for the people of Kashmir as well.

"Kashmir is an integral part of India and that all Kashmiris are our compatriots. Any separatist movement is harmful not only for the country but for people of Kashmir as well," resolution adopted by the organisation at its General Council meeting in the national capital read.

The organisation said the situation demands that we launch peaceful initiatives to maintain peace and security in the region especially in view of repercussions of clash of atomic powers.

Appealing for the respect of Human Rights, the organisation called for protecting the life and prosperity of Kashmiri people and use possible constitutional means for bringing back normalcy in the region.

The resolution comes in the wake of abrogation of Article 370 which gave special status to Jammu Kashmir.