Shutdown in Valley: Caged, unable to get the news out

After a quick breakfast, I left for my office but was stopped by the police at a makeshift checkpoint in Srinagar’s Nigeen area. 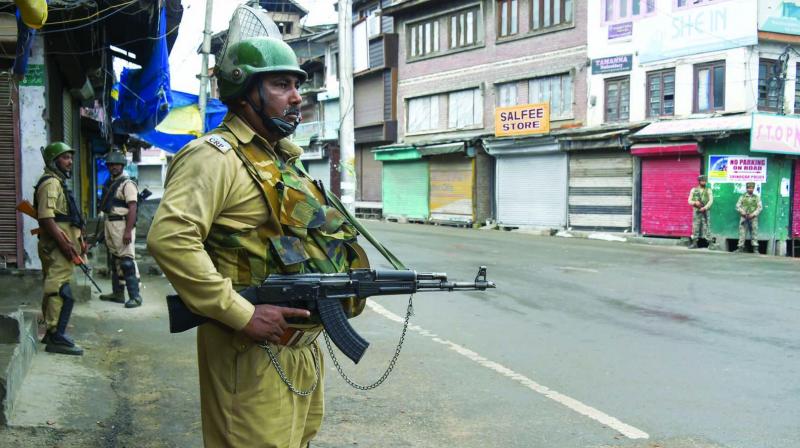 Srinagar: Last Sunday night, after covering a couple of impromptu press conferences, I was heading to my office in Srinagar’s Mushtaq Press Enclave but instead drove home in another city area after a journalist friend called up on my mobile to say that indefinite curfew was being clamped on Srinagar and the media would not be issued any curfew passes.

By midnight, even the broadband facility on fixed phone lines was withdrawn. Minutes earlier, I updated my copy on the unfolding developments. I also tweeted about the grim situation in Srinagar, with residents appearing to be reduced to frightened pigeons and finding nine ATMs where I had tried at to withdraw some cash empty. We woke up the next morning to find even landlines dead and none of the TV news channels, except for Doordarshan, available through cable networks. AIR’s Srinagar station reported that the entire Kashmir Valley was under curfew, and restrictions under Section 144 CrPC had been imposed in many areas of Jammu too.

After a quick breakfast, I left for my office but was stopped by the police at a makeshift checkpoint in Srinagar’s Nigeen area. After disclosing my identity, a police officer “advised” that since passing via central Srinagar could be “risky”, I should take the alternate Foreshore Road-Boulevard route to reach the city centre.

While driving back towards Hazratbal, I removed the “Press” sticker from my car’s windscreen. I have done it in such situations earlier too, and it proved helpful. I was again stopped by uniformed men, this time CRPF personnel, at Duck Park along Foreshore Road. Without flaunting my professional tag, I requested them to allow me to drive up to Nishat Garden. “Jav... jaldi niklo (Go, hurry up)”, said one of them.

Just outside the famed Mughal Gardens overlooking Dal Lake, my attempt to repeat the gambit with another posse of mixed security personnel failed however. I was asked to show my identity card, and when I did so an officer ordered me to turn my car back. When I insisted on being allowed to proceed towards the city centre, he asked if I had a curfew pass. I tried to convince him by pleading that as per the official announcement, curfew had not been clamped on Srinagar but only