Congress leader Pawan Khera said if PM Modi does not act now, then he would lose the moral authority to stay in the office even for a day. 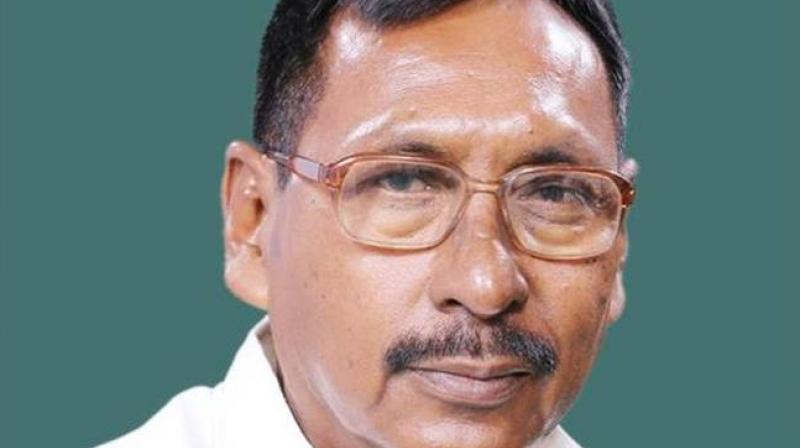 The Congress leader's remarks came after a woman in Assam filed a case of rape with the Assam Police against Gohain. (Photo: Twitter)

New Delhi: The Congress on Friday demanded dismissal of Union Minister of State for Railways Rajen Gohain as a case of rape was registered against him in Guwahati.

"(Prime Minister Narendra) Modiji, you have failed the test not once, not twice, not thrice, but almost a dozen times. Again there is a rape FIR against one of your Cabinet colleagues, Gohain," Congress leader Pawan Khera said addressing a press conference here.

He said that if PM Modi does not act now, then he would lose the moral authority to stay in the office even for a day.

"Remove him from his office. You can't allow him to be in a position of power and influence during the investigation. Please remove him if you meant anything that you promised before 2014," he said.

"We demand from this government, from Modi, from (BJP President) Amit Shah to take immediate and strict action against rape accused Minister Gohain," he said.

The Congress leader's remarks came after a woman in Assam filed a case of rape with the Assam Police against Gohain.

Referring to the cases of rape in which Bharatiya Janata Party (BJP) leaders were allegedly involved, Khera mentioned the case of Unnao district in Uttar Pradesh and said: "We saw you were standing with the rapists of Unnao."

Khera was referring to BJP MLA Kuldeep Singh Senger, who has been charged for rape by the Central Bureau of Investigation (CBI).

The Congress leader also questioned Modi's silence on the Muzaffarpur shelter home rapes. "Your own government is there in alliance with (Bihar Chief Minister) Nitish Kumarji."

Khera also questioned Modi's silence over his party's state ministers coming out in support of the rape accused in Jammu and Kashmir's Kathua.

Slamming Modi, he said: "Last week, we saw reports from Deoria, from Pratapgarh, and again you remained quiet."

"These are the same people who used provocative and emotionally charged slogans to woo the people of the country before 2014. And now, their Cabinet ministers are being charged with sexual assault and rapes, yet they maintain silence and action is hardly taken against those involved in such cases," Khera added.