The soldiers, deployed over 9,000 feet, have to go through a 14-day-long acclimatisation process. 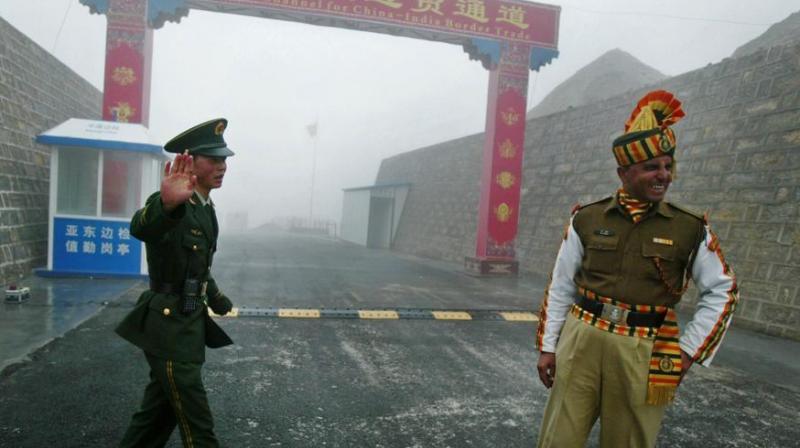 China and India have been engaged in a standoff in the Dokalam area near the Bhutan trijunction for past two months (Photo: AFP)

New Delhi: In a strategically key move, India has poured in more troops along the entire stretch of its border with China in Sikkim and Arunachal Pradesh in the face of heightened rhetoric by Beijing over the Dokalam standoff, senior government officials said Friday.

The "caution level" among the troops has also been raised, the officials told PTI.

The decision to increase the deployment along the nearly 1,400-km Sino-India border from Sikkim to Arunachal Pradesh was taken after carrying out a detailed analysis of the situation and considering China's aggressive posturing against India on Dokalam, the officials said.

"The troop level along the border with China in the Sikkim and Arunachal sectors has been increased," said the officials on condition of anonymity because of the sensitive nature of the information.

The Army's Sukna-based 33 Corps as well as 3 and 4 corps based in Arunachal and Assam are tasked to protect the sensitive Sino-India border in the eastern theatre.

The officials declined to give any figure or percentage of increased deployment, saying they cannot disclose "operational details."

According to defence experts, roughly 45,000 troops including personnel having completed the weather acclimatisation process are normally kept ready along the border at any given time, but not all are necessarily deployed.

The soldiers, deployed over 9,000 feet, have to go through a 14-day-long acclimatisation process.

The officials, however, said there is no enhancement of troops at the India-China-Bhutan tri-junction in Dokalam where around 350 army personnel are holding on to their position for nearly eight weeks after stopping Chinese troops from constructing a road on June 16.

Bhutan and China have competing claims over Dokalam, and are negotiating a resolution.

China has been ramping up rhetoric against India over the last few weeks, demanding immediate withdrawal of Indian troops from Dokalam. The Chinese state media, particularly, has carried a barrage of critical articles on the Dokalam stand-off slamming India.

External Affairs Minister Sushma Swaraj recently said both sides should first pull back their troops for any talks to take place, and favoured a peaceful resolution of the border standoff.

India also conveyed to the Chinese government that the road construction would represent a significant change of status quo with serious security implications for it.