Lack of jobs, eco crisis worries voters, many want to give Congress a chance. 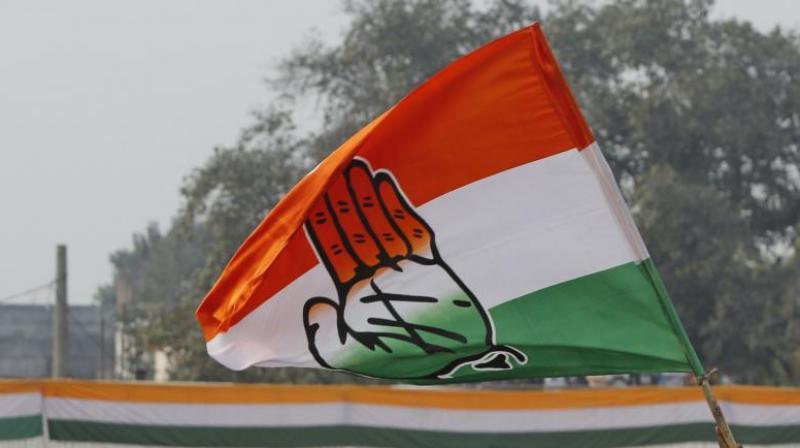 The Congress which is fighting in alliance with Hemant Soren’s Jharkhand Mukti Morcha and the RJD, is contesting a total of 31 seats this time.

Khijri (Jharkhand): It is 3.30 pm on a winter’s afternoon and a ragtag bunch of local residents have assembled for a Congress rally to be addressed by star campaigner Shatrughan Sinha in Tatisilawai here.

Soon after it is announced that the actor is about to reach, the crowd swells up to a few hundred. It appears at first that the star power of the leader is the reason. But one looks deeper, and tales pour out of how factory after factory in this industrial area has either been shut down or is facing closure, rendering a large section of the population jobless, and many in the crowd would like to give the Congress a chance this time.

As one hears similar stories from other industrial areas of the state, it is clear unemployment and economic distress will be one of the key issues in these Assembly polls and the Opposition alliance is milking this to the fullest.

Whether it is organising a press conference by former finance minister P. Chidamabarm on the economic crisis or wearing “onion garlands” at regular briefings, the Congress has stuck to its carefully crafted strategy of focusing only on local issues and not letting the narrative drift to the Ram Mandir issue or the abrogation of Article 370 in Kashmir.

Even at political rallies, there is a concerted attempt by the Opposition alliance to focus only on local issues. “There are swathes of areas in which people have faced huge job losses. Many have committed suicide. The BJP has to be held accountable for this,” Belas Tirkey, a local Congress leader and president of the Adivasi Congress, said while addressing a rally in Khijri, from where Congress’ Rajesh Kachchap is taking on sitting BJP MLA Ramkumar Pahan.

Said Ashok Kumar, a local resident who works at Martin Burn Ltd, one of the few production units still in the area. “People have a lot of grudge against Rameshwar Pahan. Though he is himself an ex-employee of Martin Burn, he has done little for the people of this constituency. We are open to giving the Congress a chance in these polls”.

The Congress which is fighting in alliance with Hemant Soren’s Jharkhand Mukti Morcha and the RJD, is contesting a total of 31 seats this time. Another local leader, Sundari Tirkey, former president of Ranchi district Congress, who had contested the polls last time, said that though the JMM-Congress-RJD alliance considered itself stronger in rural and tribal areas, the results from semi-urban localities would also throw up surprises for the BJP.

On similar lines, Jharkhand Congress spokesman Alok Dubey said: “The alliance is well on its way to form the government in Jharkhand this time”.

The key, however, remained any direct personality clash with Prime Minister Narendra Modi.

A senior AICC leader who has been deputed to the state told this newspaper that instead of challenging Mr Modi, the focus has to be on local issues and the incompetence of the state government, led by chief minister Raghubar Das, who is himself facing a tough battle in his Jharkhand East constituency.