Aviation ministry has unveiled rules that penalise unruly passengers, but offer no protection to flyers from rude cabin crew. 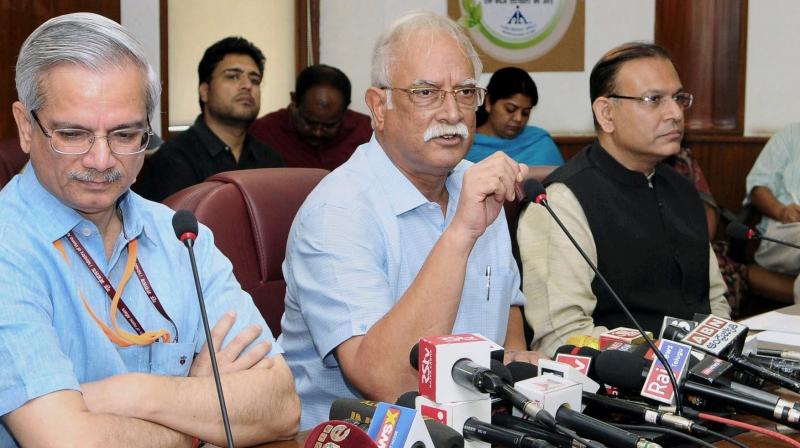 New Delhi: In a move described by the government as “unique and first-of-its-kind in the world”, India on Friday “unveiled rules to tackle on-board disruptive and unruly behaviour by passengers” with “immediate effect”. Unfortunately, however, these will not cover misbehaviour by the cabin crew, which is becoming rampant. With the no-fly rules not covering misbehaviour by the cabin crew, concerns are rising that airlines and their crews can put the blame on passengers despite misbehaving with them.

In response to a question, civil aviation minister Ashok Gajapathi Raju said if passengers are aggrieved with the behaviour of the cabin crew, they can always complain at the ministry’s “Air Sewa” web portal , an integrated platform on which air passengers can lodge grievances against all major stakeholders in the aviation sector, including airlines and their employees.

The government monitors such complaints and takes it up with the airline concerned, which has to conduct a probe. If found guilty, the crew can be grounded or even sacked. Passengers also have the option of directly complaining to aviation regulator DGCA about cabin crew misbehaviour.

There will be also be a two-stage process of determining offences and appeals as per the no-fly rules, under which passengers accused of unruly behaviour can get a fair hearing and present their case.

Such passengers can also call other passengers on that flight to testify in their favour, the government has assured.

In fact, one passenger who faced flight delays of several hours long at Srinagar airport a few months ago told this newspaper how the cabin crew of that airline snarled at upset passengers and appeared unapologetic about the flight delays. “Such cabin crew may now be tempted to further bully passengers,” the passenger said.

“A total of 1,788 grievances have been registered on Air Sewa web portal/mobile app till March this year, out of which 1,148 pertain to airlines and 446 to airports and the rest to other stakeholders,” the government had told Parliament in March this year.

The government said Friday: “The complaint of unruly behaviour will need to be filed by the pilot-in-command. These complaints will be probed by an internal committee to be set up by the airline (on whose flight the passenger allegedly misbehaved). The committee will have a retired district and sessions judge as chairman and representatives from a different scheduled airline, passengers’ association/consumers’ association/retired officers of consumer disputes redressal forums as members. As per the Civil Aviation Regulation (CAR) provisions, the internal committee will have to decide the matter within 30 days, and also specify the duration of ban on the unruly passenger. During the period of pendency of the inquiry, the concerned airline may impose a ban on the said passenger.”

But if the passenger is aggrieved at the decision, he/she can appeal to a higher authority. The ministry added: “The revised CAR also contains appeal provisions against the ban. Aggrieved persons (other than those identified as a security threat by the MHA) may appeal within 60 days from the date of issue of the order to the appellate committee constituted by MoCA comprising a retired high court judge as chairman and representatives of passengers’ association/consumers’ association/retired officer of consumer disputes redressal forum and airlines as members.”

Meanwhile, the names of passengers found to be unruly will be forwarded by the respective airlines to a “national no-fly list” that will be maintained by aviation regulator DGCA. The flying ban penalties for endangering “aviation safety” will vary from three months to lifetime, according to the gravity of the offence. Flyers found to have indulged in “life-threatening” behaviour could be banned for life. However, it will be optional for airlines to see if they want to ban those passengers from flying whose names figure on the no-fly list. But those seen as a national security risk by the home ministry can also be separately put on the no-fly list on grounds of security, in which case all domestic airlines will have to ban such a passenger from flying, and in such cases the two-stage process of determining offence and appeals will not be followed.

The need for a no-fly list was felt after a public outcry when Shiv Sena MP Ravindra Gaikwad allegedly misbehaved on an Air India flight and is alleged to have beaten up an airline staffer in March this year. In June, Telugu Desam MP J.C. Diwakar Reddy had allegedly misbehaved with IndiGo staffers at Visakhapatnam airport in Andhra Pradesh. Both MPs were banned from flying by domestic airlines for a while, but the bans in both cases were later revoked.

Civil aviation minister Ashok Gajapathi Raju on Friday said the rules would apply to all passengers irrespective of who he/she was.  The no-fly rules on safety grounds will apply only after the passenger board the aircraft and thus will only relate to unruly behaviour on the aircraft, minister of state for civil aviation Jayant Sinha said.

There will be “three categories of unruly behaviour — Level 1 refers to behaviour that is verbally unruly, and calls for debarment upto three months; Level 2 indicates physical unruliness and can lead to the passenger being debarred from flying for upto xix months; while Level 3 indicates life-threatening behaviour, where the ban will be for a minimum of two years”, the civil aviation ministry announced, adding: “For every subsequent offence, the ban will be twice the period of previous ban.” The new rules now have been brought in as amendments to the existing rules framed in 2014. The revision has been done in accordance with the provisions of the Tokyo Convention 1963.

“The airlines will be required to share the no-fly list, and the same will be available on the DGCA website. Other airlines will not be bound by the no-fly list of an airline. The no-fly lists will have two components — unruly passengers banned for a certain period based on examination of the case by the internal committee; and those persons perceived to be a national security risk by the home ministry. The latter component will, however, not be displayed on the DGCA website,” the ministry said.

Meanwhile, the government will finalise its “Digital Travellers’ Initiative” in a “few weeks”, wherein a “unique digital identity” (from an ID document like a passport or Aadhaar card) will be associated with the PNR (air-ticket) number so there are “no issues of mistaken identity” if a person’s name is on the no-fly list.