Girls in Patna grow mushrooms to support their families, education

Babita and other young girls have, in fact, revived mushroom farming in Kurkuri. 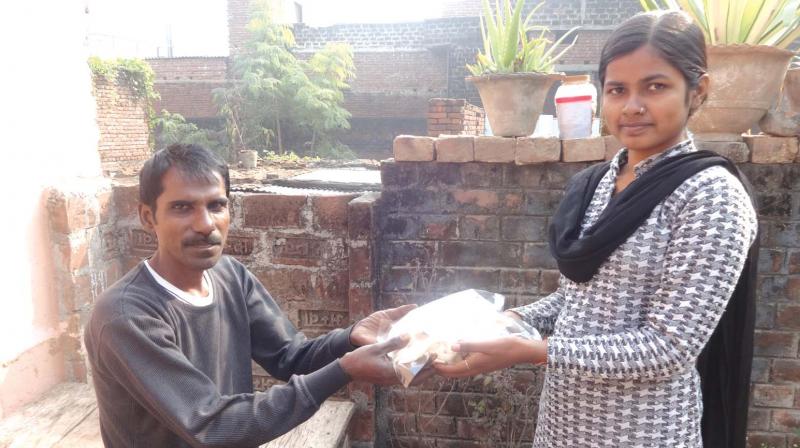 Babita, Jyoti and Shweta of Kurkuri and Bahadurpur villages of Phulwari Sharif block, Patna are known as the mushroom girls of their villages. All three are adolescents but cultivate the large, nutritious oyster mushrooms in their homes and supply it to clients they have developed in and around Phulwari Sharif. Along with 43 other trained adolescent mushroom growers, they have become trendsetters for a comparatively new skill for aspiring entrepreneurs.

It was their desire to support their families financially and their inability to venture out of their villages for more lucrative jobs in other sectors that made them opt for the innovative mushroom cultivation in their homes.

When the Aga Khan Foundation (AKF) Lehar project for empowering and improving the quality of life of 5,500 adolescent girls of 14 to 19 years began in Patna in April 2015, several market-oriented options were provided — tailoring, computers, retail and hospitality business. Bandana Skill Development Centre stepped in to provide training and develop linkages with the business world. However, some of those who were interviewed and secured jobs opted out because of mobility problems. The girls trained for mushroom cultivation, however, are continuing the seasonal work and supporting their families with amounts varying from Rs 1,000 to Rs 3,000.

Babita Kumari has done her intermediate but her parents did not want her to work outside the village. So after completing the course in mushroom cultivation, she grows them in a small dank, dark room of her home. Her mother is the main bread-winner of the family, selling firewood. Her father is unable to contribute to household expenses. As the eldest of four siblings, Babita is now helping her family.

She says mushroom cultivation needs very little investment — about Rs 150 for husk, some spawn and bags to hang the husk. In 20 to 25 days, some 20 kg of mushroom can be harvested. With control of temperature and moisture, oyster mushrooms can be grown round the year though the best season for cultivation is September/October and March/April. Babita has cultivated mushrooms in batches of 20 kg and sells them at Rs 150 per kg. Her younger brother procures orders from school teachers and other clients and delivers the mushrooms.

Babita and other young girls have, in fact, revived mushroom farming in Kurkuri. If the initiative can be leveraged and cultivation picks up, a tie-up with retail outlet Big Basket is possible, says Konkona Bordolai of the AKF.

Shweta’s father is a farmer and a heart patient and unable to meet all family expenses. Shweta’s mother supplements the family income by stitching clothes. Eager to contribute to the family income, Shweta showed keen interest in learning mushroom cultivation. Two days training was followed by two months of hand holding by AKF. From the income generated from mushroom farming, Shweta has financed her own education and completed graduation.

Before her marriage last year, Shweta convinced her in-laws to allow her to continue her studies and mushroom cultivation. She is now doing her bachelors in Library Science and growing mushrooms with the support of her in-law. Her marketing has been through word of mouth and direct sale to villagers.

“Mushroom cultivation has been a constant support to me and has helped me realise my dreams,” she says.

Jyoti, a final year BA student, was among the first batch of 11 girls trained in mushroom cultivation. Her father makes farming implements like tobacco cutters and her mother is a housewife. Though frequently ill because of acute anaemia, she learnt mushroom cultivation quickly. She has not only supported her family financially but with mushrooms has added nutrition to the family diet. Jyoti says mushroom cultivation can be started with small capital, it requires little space and you can harvest the mushrooms within 30 to 45 days after cultivation.

Enumerating the many virtues of oyster mushrooms, Konkona says it contains water and is rich in vitamin B and C; it has most of the mineral salts required by the human body and the folic acid in oyster mushrooms helps counter anaemia, a common ailment of girls of Phulwari Sharif. With low sodium content, oyster mushrooms are also suitable for obese people and those with hypertension and diabetes.

Though cultivation of button mushrooms requires more investment, time and space, with aspirations on the rise, the girls of Phulwari Sharif want to try their hand at their cultivation too.