Asked about his views on CAA and NPR, he said that he would be the first person to come out to the streets and fight if the CAA affected Muslims. 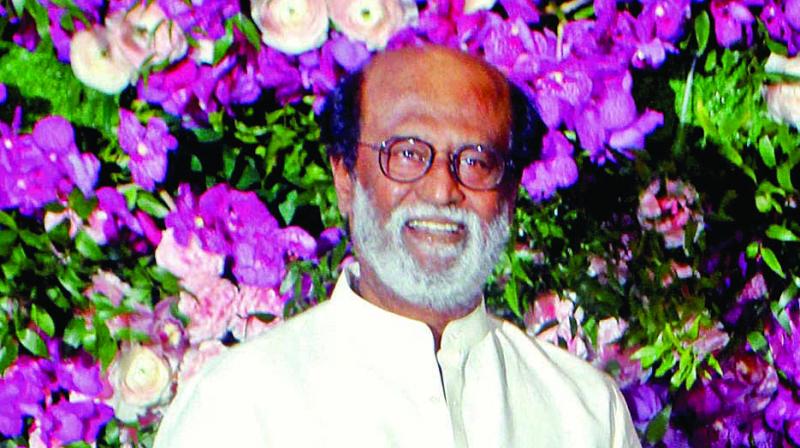 Chennai: In yet another statement going against the grain of popular sentiments in Tamil Nadu, actor Rajinikant said on Wednesday that the CAA and NPR were highly essential and urged students to first check with elders and professors before embarking on agitations that could wreck their future.

Apart from politicians exploiting the students, the FIRs filed against them for taking part in the protests could be detrimental to their future, Rajnikant warned while speaking to reporters outside his Poes Garden residence even as he was on his way to the airport to catch a flight.

Asked about his views on CAA and NPR, he said that he would be the first person to come out to the streets and fight if the CAA affected Muslims. He said Muslims had been living in India, treating it as their motherland, and nobody can evict them from here. Nothing affecting their interest would happen because of CAA, which is only meant to provide citizenship to people from other countries, he said.

On NPR, Rajinkant said that it was being undertaken regularly even during the Congress regime and that it would be taken again in 2021 only to know about the foreigners living in the country.

These statements of Rajinikant drew flak from several quarters, accusing him of being insensitive to the general feeling among the people of Tamil Nadu that the Central laws like CAA and NPR were aimed at depriving Muslims of their citizenship.

Despite newspaper reports that Income-Tax officials had levied a penalty of Rs 66.21 lakh for alleged tax evasion, Rajinikant categorically stated that he paid I-T regularly.