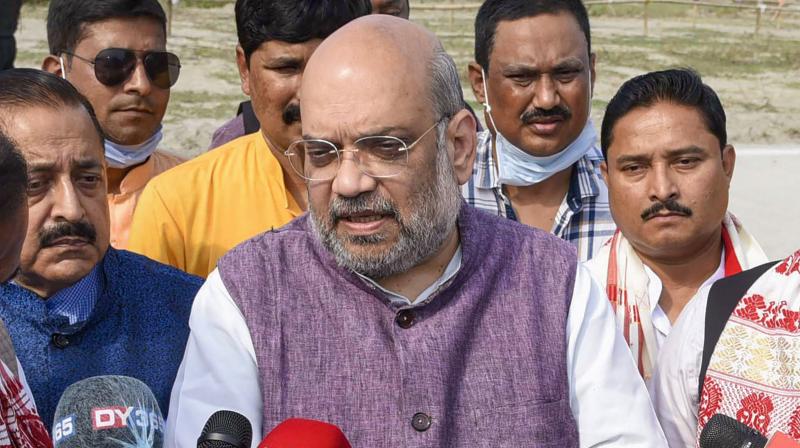 New Delhi: Union home minister Amit Shah cut short his visit to Assam in the wake of the Naxal attack in Chhattisgarh and asked security forces to launch a massive operation against Naxal outfits in Chhattisgarh following detailed discussions with top intelligence and security officials. Specific instructions have been given to eliminate top Naxal commander Hidma who is said to be behind the attack that left 22 jawans dead. Initial investigations have confirmed use of sophisticated weapons like AK and Insas rifles, Light Machine Gun (LMG) and rocket launchers by Naxals in the brutal attack.

Following these instructions a massive operation has been launched by security forces along the Sukma-Bijapur border. One of the soldiers is still said to be missing and a combing operation is on to trace him.

Senior security officials claimed that after this massive attack the Naxals managed to escape with weapons, bullet-proof jackets, and even the shoes of those killed in the incident. Reports suggest that Naxal too suffered heavy casualties. Sources claim that anything between 9-15 Naxals were killed in the encounter even as security forces were trying to establish the exact figure.

Mr Shah condoled the deaths of security personnel in Chhattisgarh. "We will continue our fight against these enemies of peace & progress," he tweeted. The home minister also had a detailed telephonic discussion with Chattisgarh chief minister Bhupesh Baghel following the attack.

The encounter took place along the Sukma-Bijapur border in Chhattisgarh on Saturday afternoon near Jonnaguda village. Security forces got trapped along a two-km long stretch of the forest area. The exact spot where the incident happened was barely 15 km from the Tarrem base camp of security forces.

The ambush, security sources said, was similar to the one carried out by Naxals in Tadmetla in 2010 and Minapa in 2020.