India   All India  04 Mar 2022  PM pushes for talks at Quad on Ukraine crisis
India, All India

PM pushes for talks at Quad on Ukraine crisis 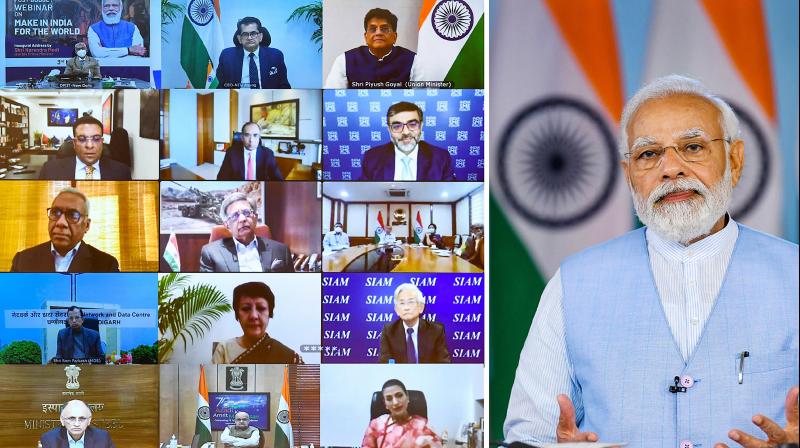 New Delhi: India on Thursday discussed the implications of the Ukraine crisis with Quad group of countries — the United States, Japan and Australia.
Prime Minister Narendra Modi emphasised “the need to return to a path of dialogue and diplomacy.”

The meeting reviewed the progress of Quad initiatives since the summit in September 2021 with the leaders agreeing of accelerating cooperation with an objective to achieve concrete outcomes by the summit in Japan later this year.

Prime Minister Modi reiterated importance of adhering to UN Charter, international law, respect for sovereignty and territorial integrity. The leaders also discussed developments in Asean, the Indian Ocean region and the Pacific Islands. The leaders agreed to stay in touch to work towards an ambitious agenda for the forthcoming leaders summit in Japan.

In a joint statement that was released later, the leaders reaffirmed their commitment to a free and open Indo-Pacific, in which the sovereignty and territorial integrity of all states is respected. They agreed to stand up a new humanitarian assistance and disaster relief mechanism.